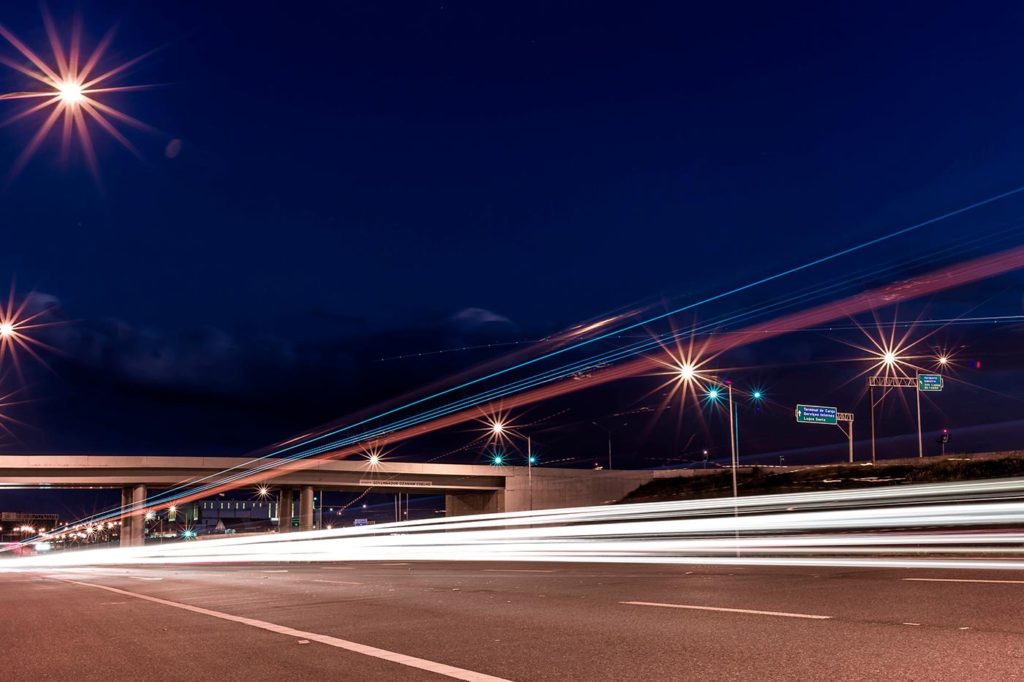 Minas Gerais is the state of the Southeast region of Brazil known for being the most developed and with the largest market in the whole country, reaching 50% of the Brazilian GDP. Due to its size and geographical position in relation to the other states of the Southeast, it turns out to be a corridor that connects several regions of the country, bordering São Paulo, Rio de Janeiro, Espírito Santo, Bahia, Goiás, Mato Grosso do Sul and close to the Federal District (Brasília).

The wealth found in the state and the need to exploit this extremely rich economic potential require that Minas Gerais has a strong logistical structure, in order to catalyze good business.

Fernão Dias Highway (BR 381): connects the metropolitan regions of Belo Horizonte and São Paulo, being one of the most important cargo transportation axes in the whole of Brazil. This highway crosses the South of Minas, the main coffee producing region in the world and that has important industrial parks.

Rio-Bahia (BR 116): unites the Northeast, Southeast and South regions of the country. Inside Minas Gerais territory it crosses Zona da Mata and the valleys of Doce, Mucuri and Jequitinhonha rivers.

BR 262: Connects the port complex of Espirito Santo to the Midwest region of the country, the main grain producing area in Brazil.

MG-050: State highway, with a total length of 406.7 km, connecting the Metropolitan Region of Belo Horizonte to São Sebastião do Paraíso, a municipality close to the border with the state of São Paulo. 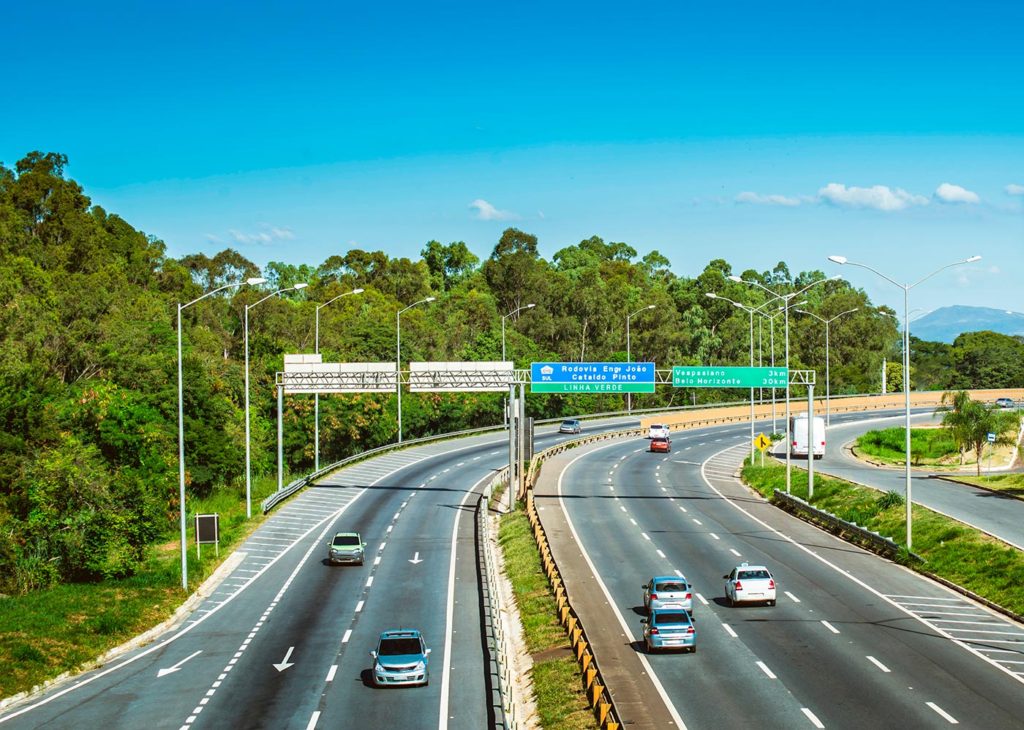 There is a Highway Concession Program prepared by the Secretariat of State and Infrastructure and Mobility (Seinfra) that was launched in May 2019, which seeks to attract investments to state road lots, generating jobs and boosting the development of the state. In 2020, Secretary Marco Aurélio Barcelos announced a partnership with the National Development Bank (BNDES) for studies on the concession of three thousand kilometers of highways. The expectation is that six of the seven lots will be included in the BNDES studies and that the lots will be launched two by two, starting with Triangulo Mineiro and Pouso Alegre / Itajubá.

In Minas Gerais there are 2.5 thousand kilometers of railways in operation, about 8% of the total present in Brazil. These railways are operated by three companies, MRS Logística S / A, Ferrovia Centro-Atlântica S / A and Valor Logística – VLI.

MRS is a logistics operator that controls an extremely important railway network, connecting regions producing mining and agricultural commodities, industrial parks, large consumption centers and five of the largest ports in the country, transporting a third of the country’s production equivalent to half of the Brazilian GDP. Responsible for transporting 20% ​​of the national production, transporting containers, finished steel products, cement, bauxite, agricultural products, coke, coal and iron ore.

Responsible for supporting the operations of VALE S / A in the state operating long distance trains, in addition to providing services to third parties. The Vitória-Minas Railway, with a length of 905 km, connects iron ore operations in the countryside of Minas Gerais to the Port of Tubarão, in the state of Espírito Santo. The cargoes transported are Vale’s iron ore and general cargo for third parties (coal and agricultural products).

They control the shares of the largest railroad in the country, with 7,080 km in length, which covers the states of Minas Gerais, Goiás, Rio de Janeiro, Bahia, Sergipe and the Federal District, connecting with the seaports of Rio de Janeiro, Vitória, Angra dos Reis and Salvador. In addition, FCA joins MRS and the Vitória – Minas Railway through two lines: Cerrado Line that connects it to the ports of Vitória, Tubarão and Barra do Riacho, transporting agricultural products and the Ore Line, used for transport of minerals, limestone and steel products. Other cargoes transported are oil, cement, pig iron and grains. 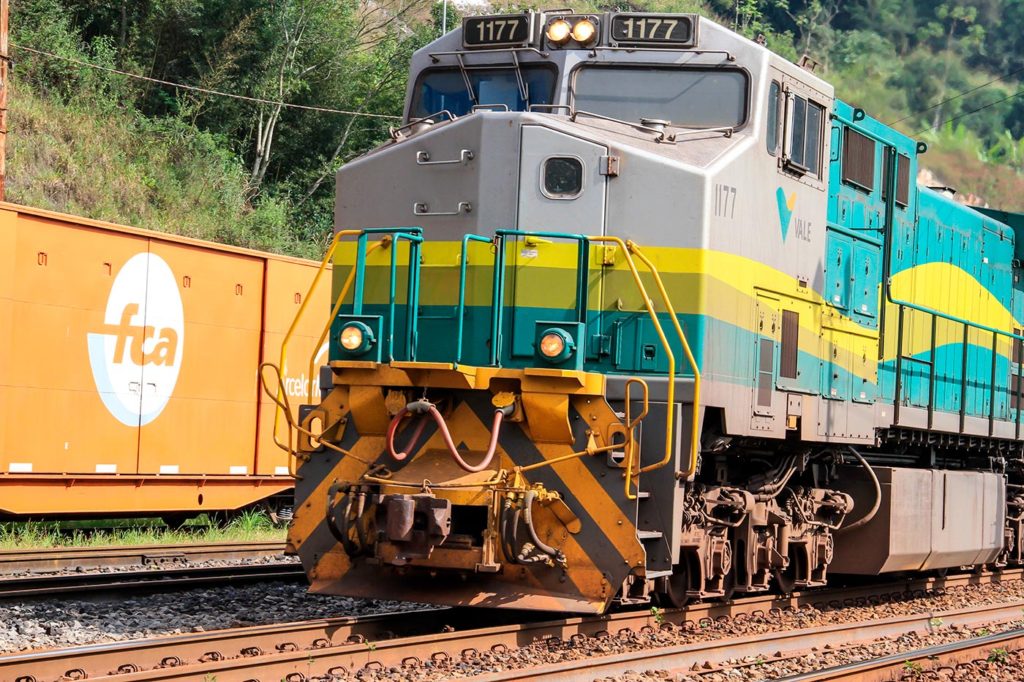 The most important airport in Minas Gerais is located in the municipality of Confins, 40km far from the center of the capital Belo Horizonte. Positioned on the São Paulo – Rio de Janeiro – Belo Horizonte axis, considered the main consumer axes in the country, with a capacity of more than 20 million passengers per year, operating with more than 40 national and international destinations. It is connected with manufacturing industries, hotels, commercial and residential developments. The capital of Minas Gerais also has Pampulha Airport, used for regional flights and business aviation. 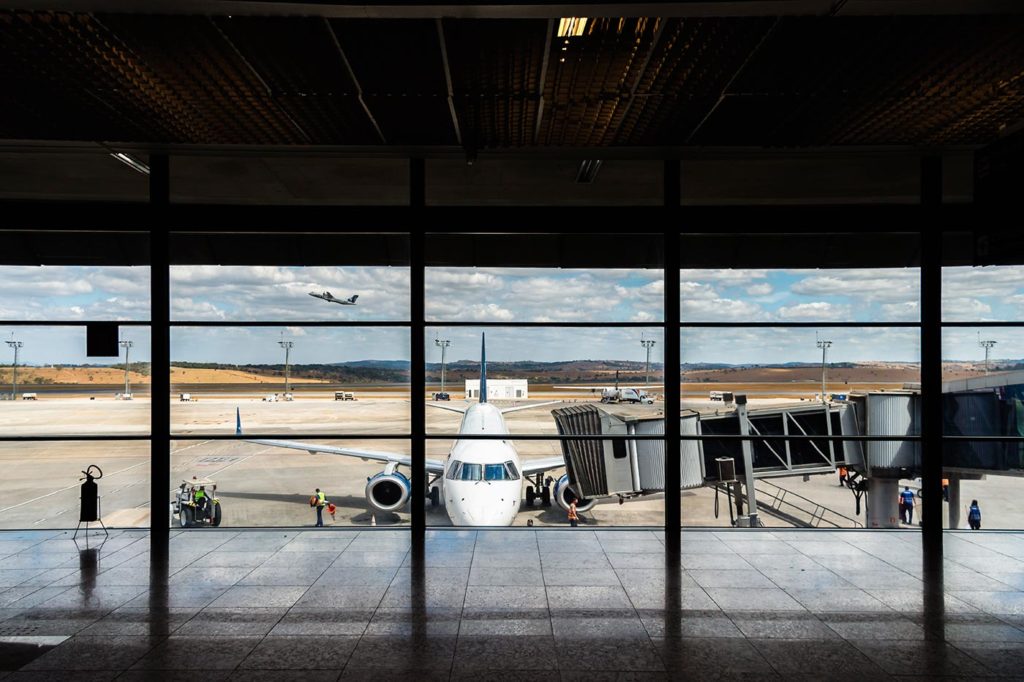 Airports in the interior of Minas Gerais

As the state has no coastline, the presence of dry ports in Minas Gerais is important, with the aim of speeding up customs clearance processes, along with the units of the Centro Logístico Industrial Aduaneiro (CLIA) and the Special Enclosure for Customs Clearance of Export (REDEX). These ports are located in the cities of Betim, Juiz de Fora, Pouso Alegre, Uberaba, Uberlândia and Varginha, as shown in the following map:

Port of Santos: considered the largest port complex in Latin America, corresponding to almost a third of Brazilian trade. Managed by Companhia Docas do Estado de São Paulo (CODESP), it is located 70 km from the largest consumer and producer market in the country, the Greater São Paulo.

The flow of cargo from the branches of MRS Logística and Ferrovia Centro Atlântica S / A (FCA) is carried out by rail to the complex, which is the largest exporter of coffee beans, soybeans, corn, automobiles and industrialized products in general.

Port of Vitória: located in the State of Espírito Santo, it is home to the Tubarão Complex, the largest producer of pellets in the world, as well as containing the largest railway yard in Latin America, which altogether with Vale S / A’s eight pellet plants, produce 20 million tons per year.

Porto do Açú: a modern port-industry complex located in São João da Barra, in the north of the state of Rio de Janeiro and 123 km from the center of the Campos Basin, it has ample potential to optimize the logistical operations of mining companies, both via production flow, as well as the import of inputs and resources. It is the only private port in Brazil, without a queue and waiting for mooring in addition to having an Export Processing Zone. This area has an ideal profile to serve industries such as metal-mechanics, mining, petrochemicals, ornamental stones, and agribusiness, with infrastructure to add value to exports, in a solid production chain from Minas Gerais to the world. 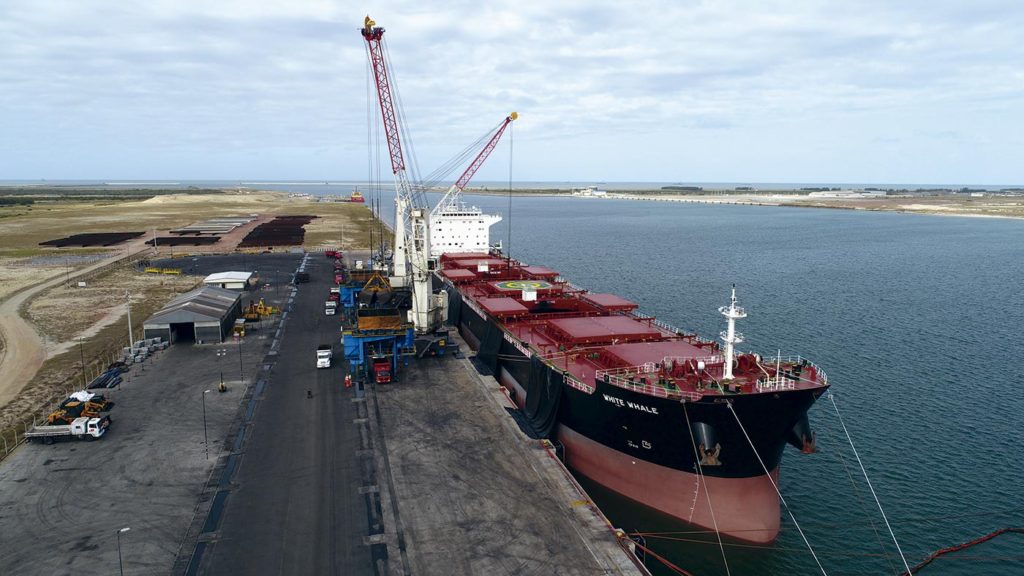