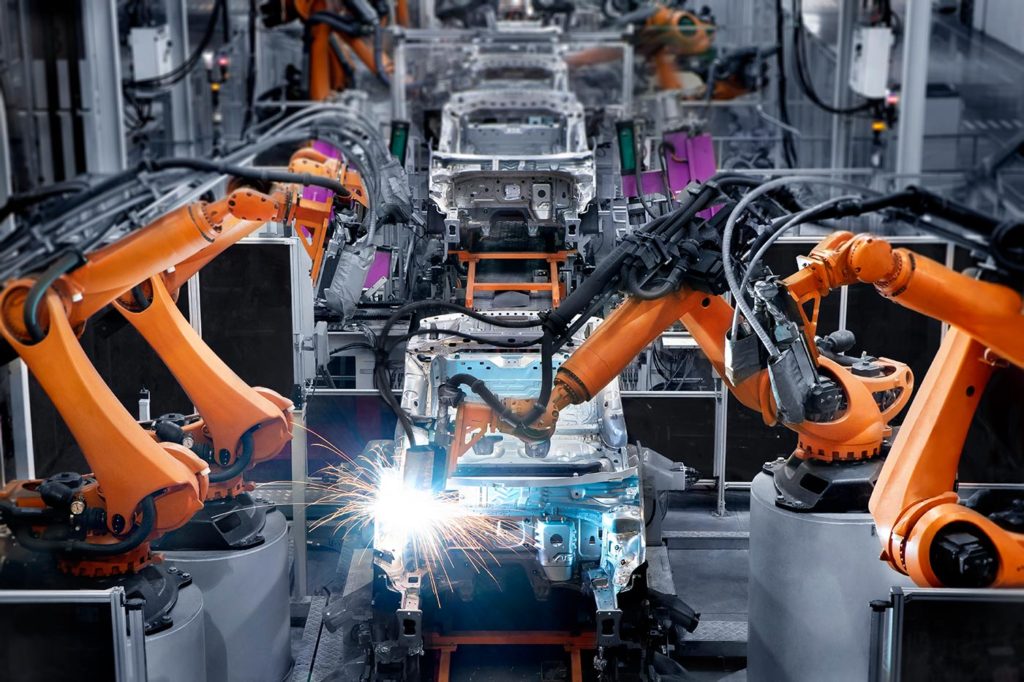 Minas Gerais is positioned with prominence in the national Research and Development (R&D) scenario, taking advantage of everything from accelerators, research and innovation centers to the communities of startups, dedicated institution for the promotion of innovation, incubators, open laboratories and technology parks.

Minas Gerais also stands out for having the only Google R&D center in Latin America, the Technological Transfer and Innovation Coordination – CIIT, in addition to Embraer’s R&D center, Helibras, among others.

Belo Horizonte enabled the blooming of one of the most important innovation ecosystems in the country. The city has an atmosphere for the startups sector, with more than 600 in the city, in addition to hosting 3 of the top 10 placed in the 100 Open Startups 2017 ranking. Development agencies such as the Minas Gerais Investment and Foreign Trade Promotion Agency (INDI ), Minas Gerais Development Bank (BDMG), Minas Gerais Economic Development Company (CODEMGE), P7 Criativo and Minas Gerais State Research Support Foundation (FAPEMIG) support innovative projects that add to the atmosphere of innovation present in the state in relation to the national scenario.

It is worth highlighting some projects and initiatives such as the Digital Hub, startups in the Raja Valley region, the FIEMG Lab, Café Atmosfera, the Minas Gerais Innovation System (SIMI), the Startups and Entrepreneurship Ecosystem Development (SEED) and a great innovation gathering based in Belo Horizonte, The International Business, Innovation and Technology Fair – FINIT.

Twice elected as the best startup community in Brazil by Spark Awards and among the ten most expressive initiatives in the country, San Pedro Valley is an ecosystem located in the São Pedro neighborhood, in the Center-South region of Belo Horizonte. More than 580 technology-based companies, including accelerators, incubators, shared workspaces, and venture capital companies, make up the group. Sambatech, Hotmart, Méliuz, Rock Content, Sympla are some of those that are established in the ecosystem.

Creative economy is any type of work, product, content, and service that has human inventiveness as its main element. The Creative Industry Development Agency of Minas Gerais conducted a study on the impacts of the creative economy on the state’s economic scenario. The results were 457 thousand formal jobs and about R $ 788 million in monthly labor income, which corresponds to about 10% of the total jobs in Minas Gerais. In the national ranking, the state is in third place, with about 10% of the total creative jobs in Brazil. Of these jobs, 54% belong to the culture sector, 30.3% to functional creations, 9.7% to the technology and innovation sector, 6% to the media sector.

The creative economy of Minas Gerais is made up of more than 63 thousand companies, equivalent to 12% of creative companies in Brazil, the majority of which are micro and small. Although spread across all regions of the state, creative activities are concentrated in the centers of Belo Horizonte, Juiz de Fora, Uberlândia and Contagem.

It is worth mentioning P7 Criativo, an independent association supported by the government of Minas Gerais and other entities that aim to transform the state into a hub for the creative industry in the country. The agency’s routine, in its first experimental phase, consists, above all, of connecting investors with collectives, artists, cultural groups, companies of all sizes, creators, associations, and other holders of good ideas, in Belo Horizonte.

The Minas Gerais textile industry employs almost 130 thousand people and is among the three largest in Brazil, according to data from the Brazilian Association of the Textile and Clothing Industry (ABIT). Minas Gerais is responsible for 13% of the production of the country’s textile sector, behind São Paulo and Santa Catarina.

The State hosts the largest fashion business event in Latin America, the Minas Trend Preview, which is promoted by the Federation of Industries of the State of Minas Gerais (FIEMG). In two annual editions, the meeting brings together the entire chain of the fashion industry, represented by exhibitors of clothing, footwear, and accessories. 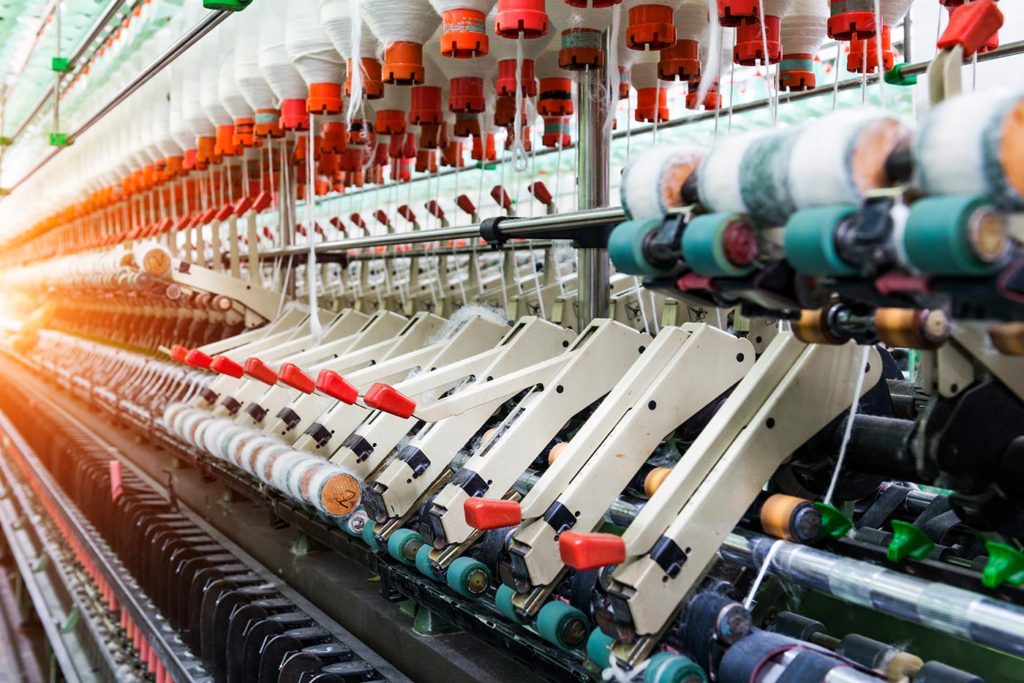 Minas Gerais has Technology Parks, Industrial Districts, and Industrial Technological “Condominiums”, which produce hardware and software for the aerospace sector, embedded software and IoT for the automotive sector, sensors and software for mining, electronic components for home appliances, among others. There are more than 6 thousand companies that employ more than 134 thousand professionals and move around R $ 2.5 billion per year.

Belo Horizonte stands out in the Minas Gerais Information Technology scenario, with its more than 5,300 companies, 20,875 employees in IT activities, of which 1,800 are in software development, and employ 8,100 professionals. 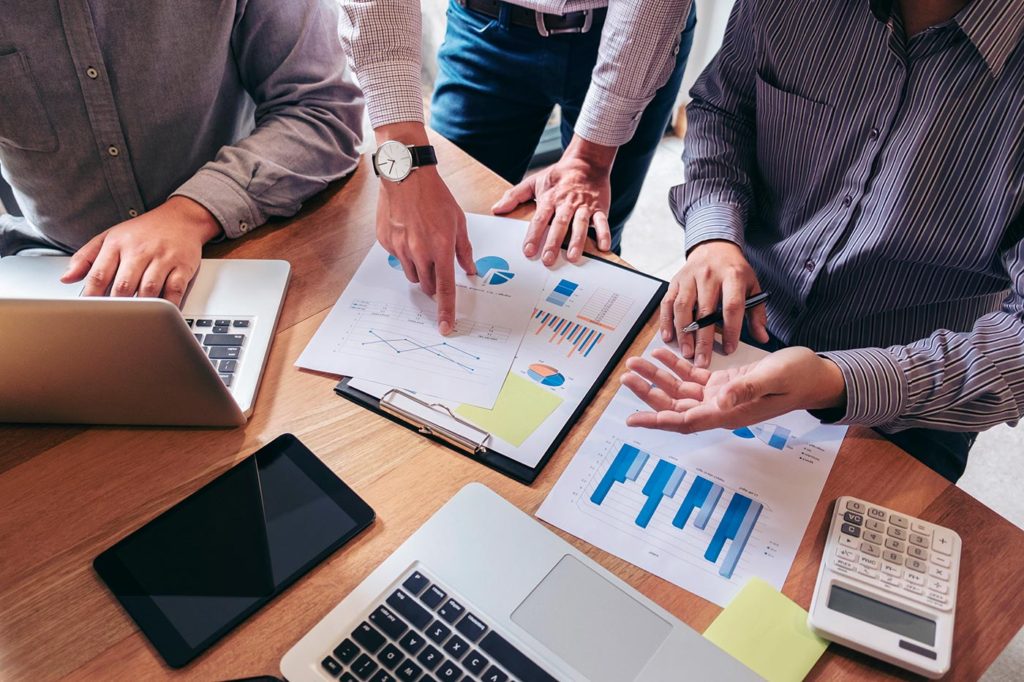 Minas Gerais is proud to present an Electronic Valley, often compared to the Silicon Valley present in California, United States, located in the city of Santa Rita do Sapucaí, a municipality with 43 thousand inhabitants, 387 km from Belo Horizonte. First city in Latin America to have an electronic technical school and the first Telecommunications Engineering college in Brazil, Santa Rita today houses 153 technology-based companies, 60 R&D laboratories and more than 30 startups. The more than 14 thousand items manufactured by a contingent of 14.7 thousand professionals, generate an annual revenue of R $ 3.2 billion. 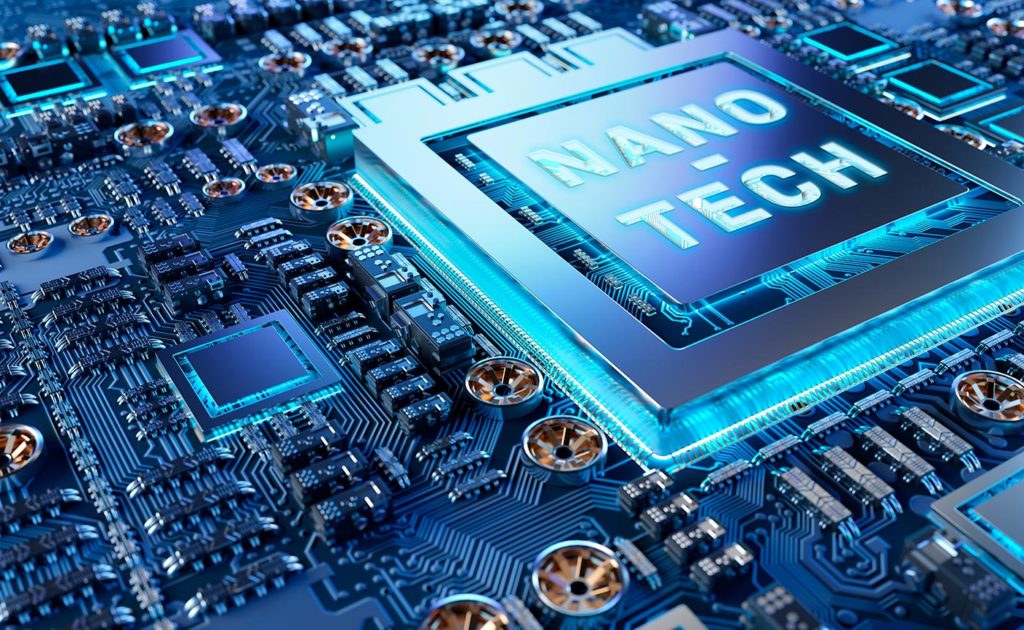 Biotechnology is the application of organisms, systems, or biological processes, also known as the “Life Sciences” has an important role in increasing agricultural productivity, in the area of ​​health care and energy.

Minas Gerais is one of the centers of innovation in biotechnology, responsible for 11.2% of all innovative initiatives in the sector. Belo Horizonte is home to one of the main life science clusters in Latin America, composed of more than 310 companies, which generate more than 4,100 jobs in the sector. Of the patents generated in the State, about 70% are in the biotechnology area, highlighting the strength that Minas Gerais has in the area.

In July 2018, the first private biotechnology and life sciences business acceleration center in Latin America was inaugurated, in the Clean Development Zone (Zona Limpa de Desenvolvimento – ZLD), in Nova Lima. This is BiotechTown (biotectown.com), the only private and integrated center in Brazil for the development of bio-businesses – companies, products, services, and research. 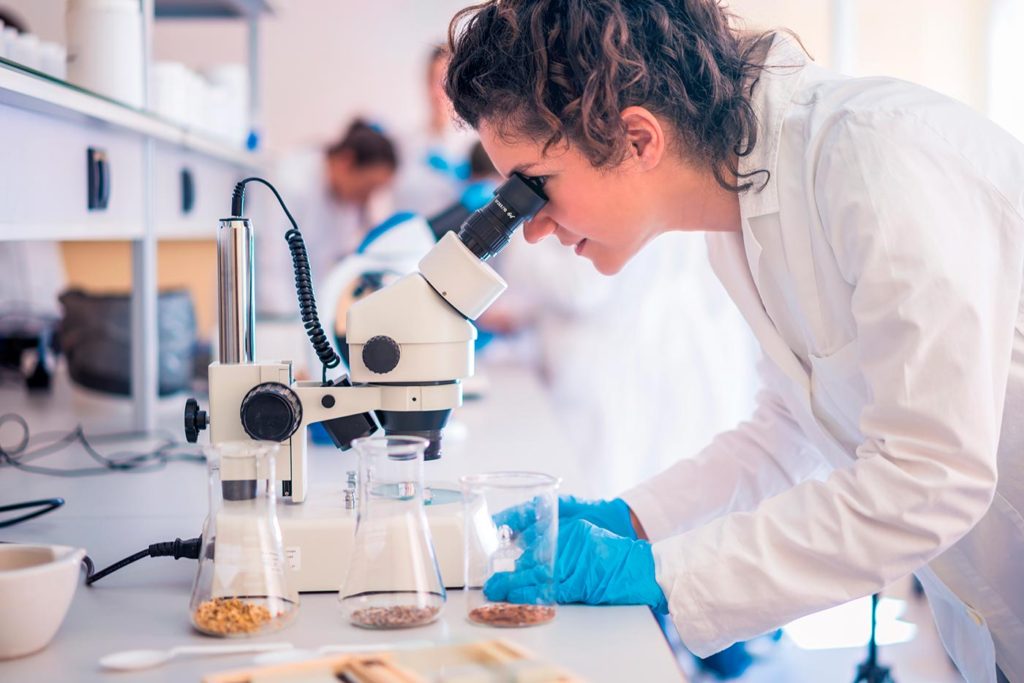 This sector is strategic for Minas Gerais, the target of studies to intensify and make opportunities for several economic areas in the state feasible. There are 86 aerodromes and airports, in addition to three major hubs in the sector, in the Metropolitan Region of Belo Horizonte (RMBH), in Itajubá and in Santa Rita do Sapucaí, in the South of Minas. Important companies are present in the state: Embraer, with its R&D center in Belo Horizonte; Helibras, the only helicopter manufacturer in Latin America; and the airline company GOL, which maintains an advanced maintenance center close to Belo Horizonte International Airport, in Confins. 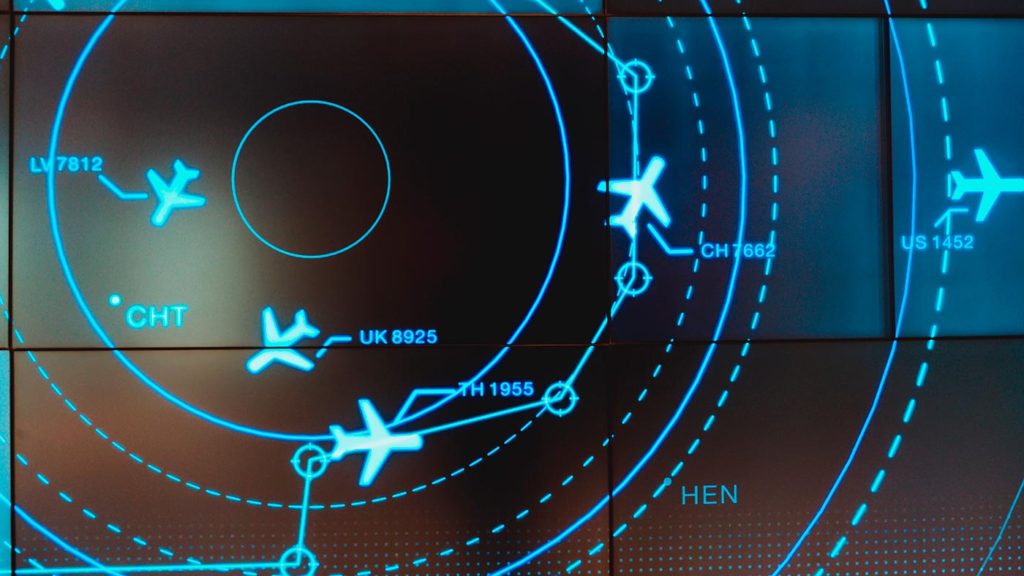 The production of motor vehicles in the state is responsible for about 16% of the jobs generated in addition to being the fourth largest productive sector in exports in Minas Gerais. It is the second automotive hub in the country, with Fiat Chrysler Automobiles (FCA) as the main company in the state. The surroundings of the factory in Betim, in the Metropolitan Region of Belo Horizonte (RMBH), are populated by hundreds of auto parts industries that serve the Italian automaker, installed in Brazil in the mid-1970s.

Minas Gerais gains national prominence when it houses manufacturing units of the companies GE Transportation, EMD Equipamentos e Serviços Ferroviários (Caterpillar subsidiary) for the production of locomotives. The two companies – both American – are the country’s only manufacturers of freight train locomotives. 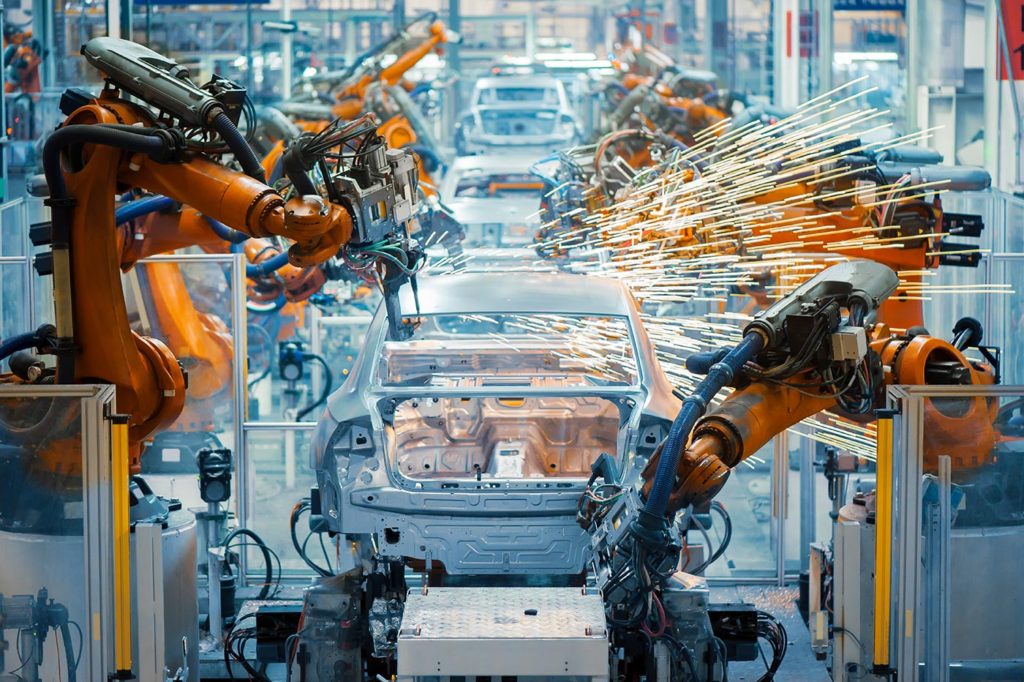 Due to its vast territorial extension, Brazil presents several types of geological formations, causing a relevant mineral diversity for the sector. Given this, mining has become one of the basic sectors of the Brazilian economy, accounting for 4% of national GDP. In the case of Minas Gerais, the state is responsible for 33% of the extraction of metallic minerals and 23.6% of non-metallic minerals in the country. In Minas Gerais, the main ores produced are iron, bauxite, phosphate, manganese, aluminum, potassium, zinc and gold. The item most exported by Minas Gerais in 2018 was iron ore, with a share of 30.6% of all foreign transactions and 71% of mineral exports in the state. 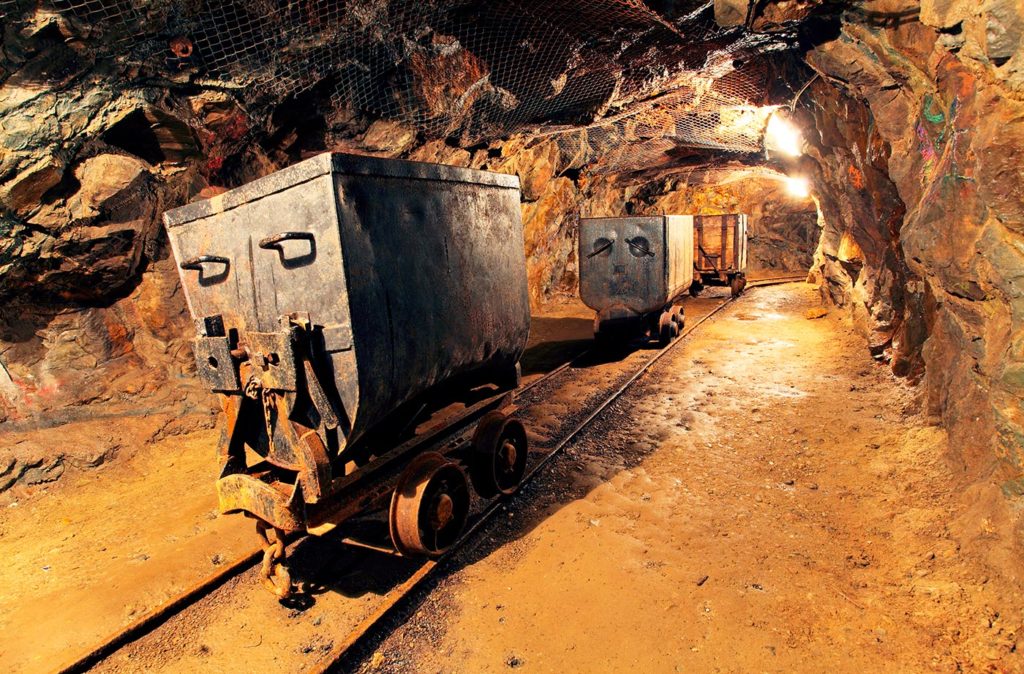 It is a very important sector for the economy of Minas Gerais because it is an important generator of jobs and a source of innovation and evolution. Large companies are present in the production chains, developing from raw materials and inputs to real estate for this market and large public works, improving the state’s infrastructure.

This sector is extremely important because, in addition to contributing to the reduction of the Brazilian housing deficit, the sector helps to move other service chains such as financial, commercial, technological, transportation, consultancy and training.

Minas Gerais also has an increasing number of sustainable buildings that promise to benefit not only the environment but to promote cost savings from the construction phase through to the life cycle of the project. LEED (Leadership in Energy and Environmental Design) and AQUA (Alta qualidade Ambiental – High Environmental Quality) certifications, Brazilian version adapted from HQE (Haute Qualité Environnementale), present parameters to be considered in the construction of works with better environmental management.

The Aqua-HQE certification process arrived in Brazil in 2008. It is applied exclusively by the Vanzolini Foundation, which adapted the French process to Brazilian culture, climate, and legislation. And the Parque Avenida Shopping Complex, located in Belo Horizonte. Currently, Minas Gerais already has 13 Aqua certified buildings.

Agribusiness in Minas Gerais is one of the surplus sectors in 2020, reaching US $ 2.18 billion, corresponding to half of the balance of other sectors in the state. This result is linked to the good performance of exports, which reached US $ 2.41 billion, according to data from the Secretariat of Agriculture, Livestock and Supply (SEAPA). Another important point to be highlighted is the comparative advantage that Minas Gerais has in its products, placing it in a strategic position on the world stage as a source of animal proteins, registering sales of US $ 286.29 million, an increase of about 15% compared to 2019.

Brazil is currently the main exporter of coffee on the world stage with around 30% share in production. This is mainly due to the state of Minas Gerais, which is responsible for half of Brazilian production.

Minas Gerais is responsible for the largest milk production in the country, being responsible for 26.4% of the volume produced in Brazil. Several dairy companies processing units have settled in the state, attracted by the large supply of raw material. Among them, Nestlé’s largest powdered milk factory, Danone’s largest yogurt and nutritional care factory and Brazil’s largest milk cooperative, Itambé, in addition to the Jussara, Porto Alegre, Embaré and Cemil brands. 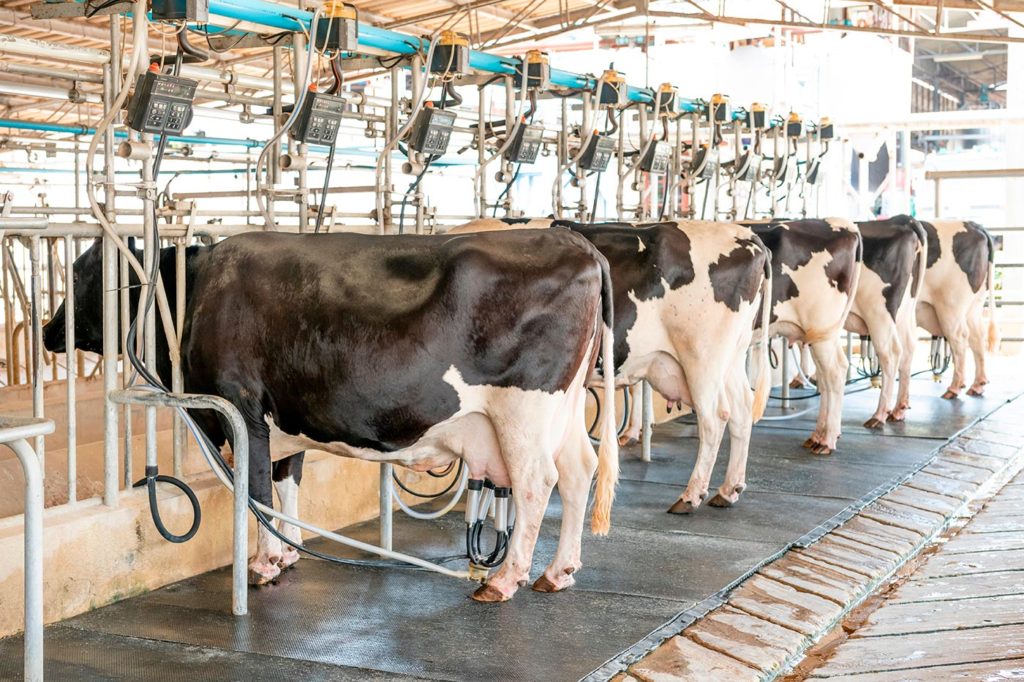 Minas Gerais represents the third largest beef producer in Brazil. Its exports represented US $ 76.7 million and its main consumers were Asian countries, especially China, which buys about 80% of Minas Gerais’s production. 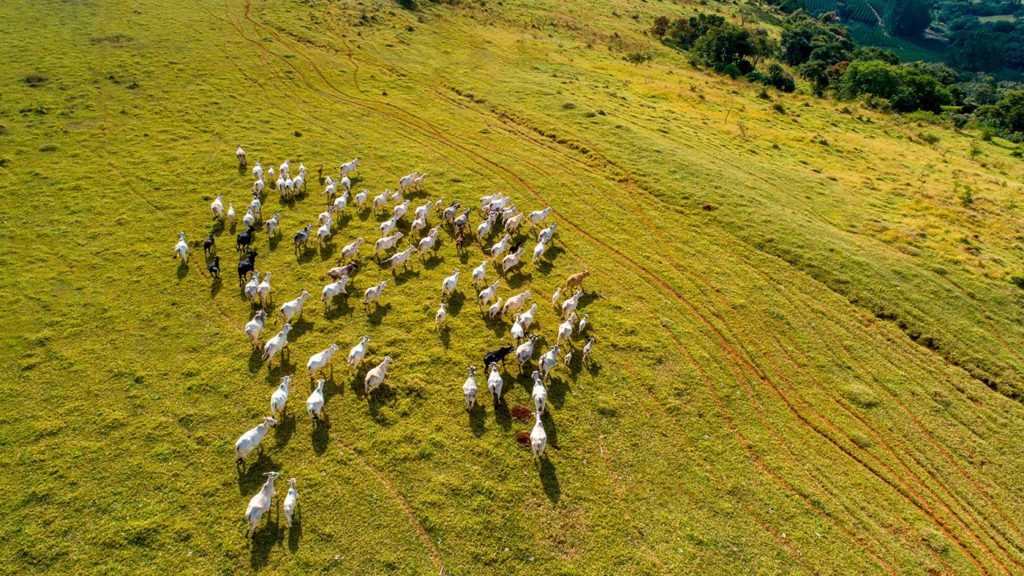 The main product in the grain segment was soy, which in 2020 reached almost 5,846 tons produced by the state. The main producing regions are the Northwest and the Triangulo Mineiro, together reaching 60% of the state’s production. 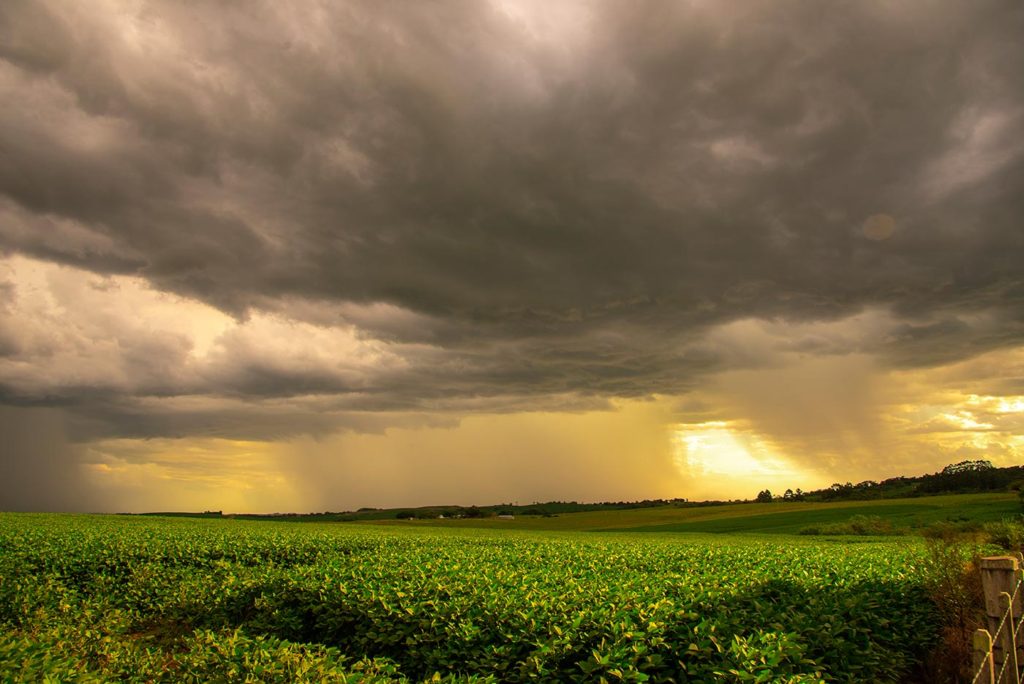 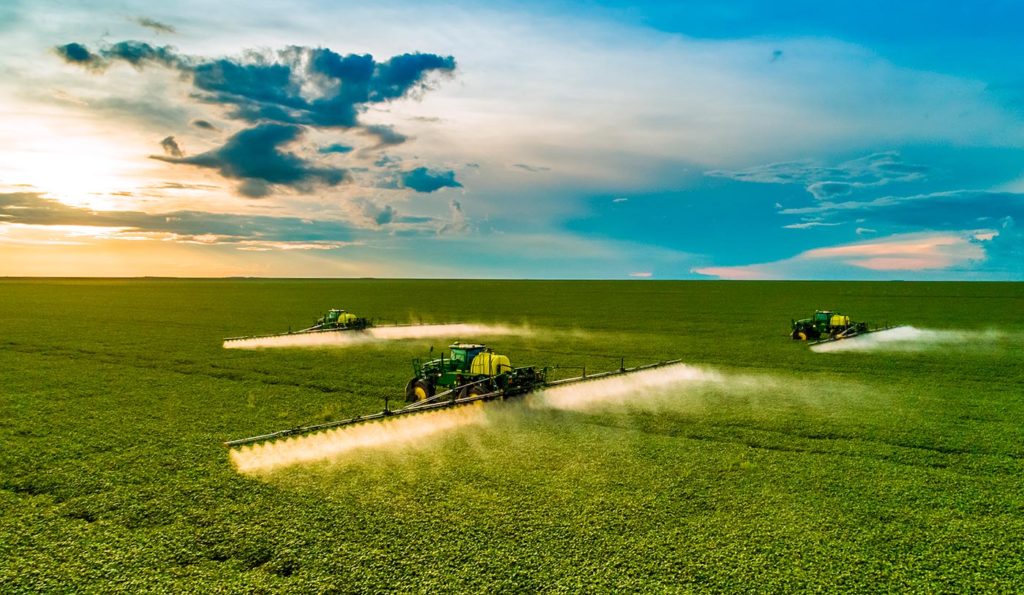 As much as Minas Gerais does not have such a large relative production by comparison to the other states of the country, Brazil is the largest exporter of soybeans in the world, reaching 50% of world production.

Minas Gerais occupies the third place in the ranking of sugar cane production in the country, representing about 10% of production. Brazil, on the other hand, is the largest producer in the world, with a 21% share of the world market and 44% of exports.

Minas Gerais has a large production of eucalyptus, reaching about 25% of its planted area. Its exports had a record in 2018, registering US $ 766.32 million, an increase of more than US $ 100 million compared to 2017. 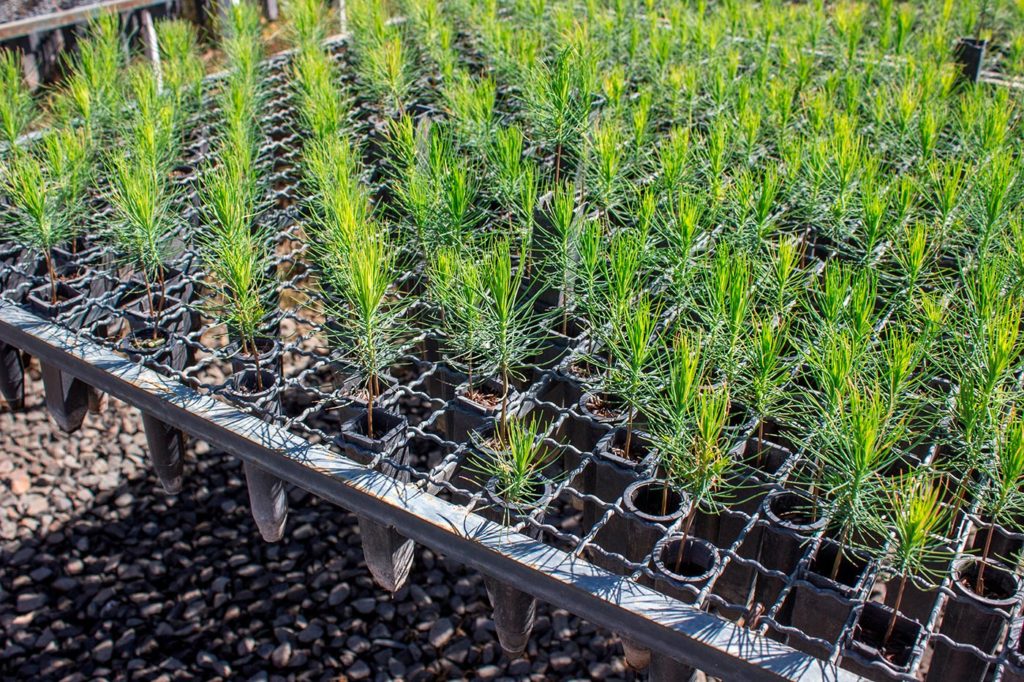 About half of the companies working with electronic commerce in Minas Gerais have 10% of their revenue attributed to this modality. About 80% sell to other states in Brazil and 10% to other countries. The main channels used for online sales are social networks (60.3%) and search sites (55.9%). The credit card is the payment method most practiced by companies that work with ecommerce, 89.7% use this payment method. 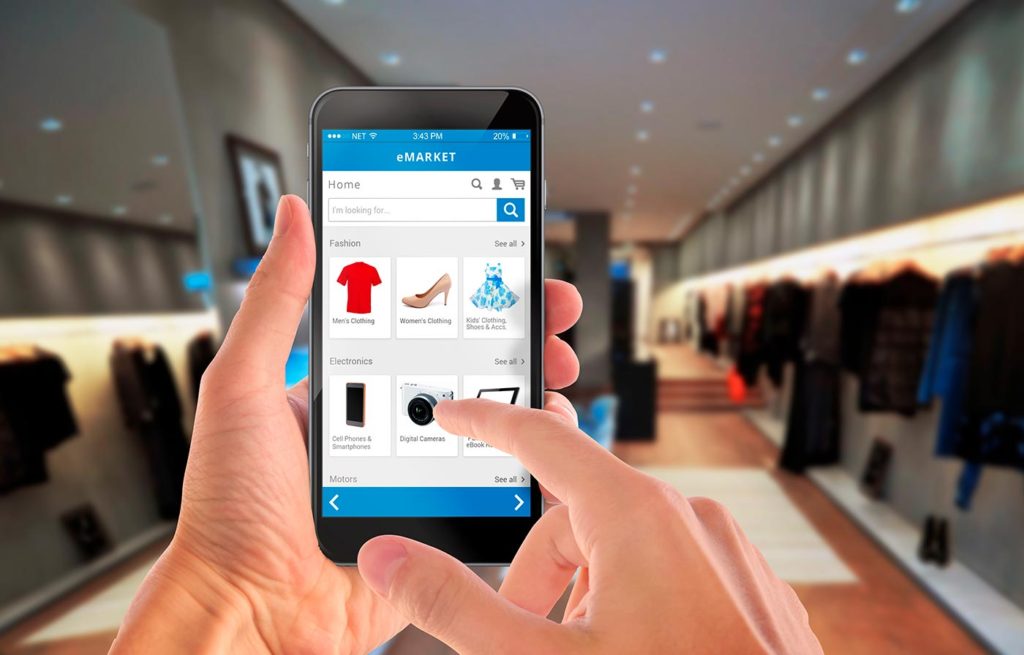