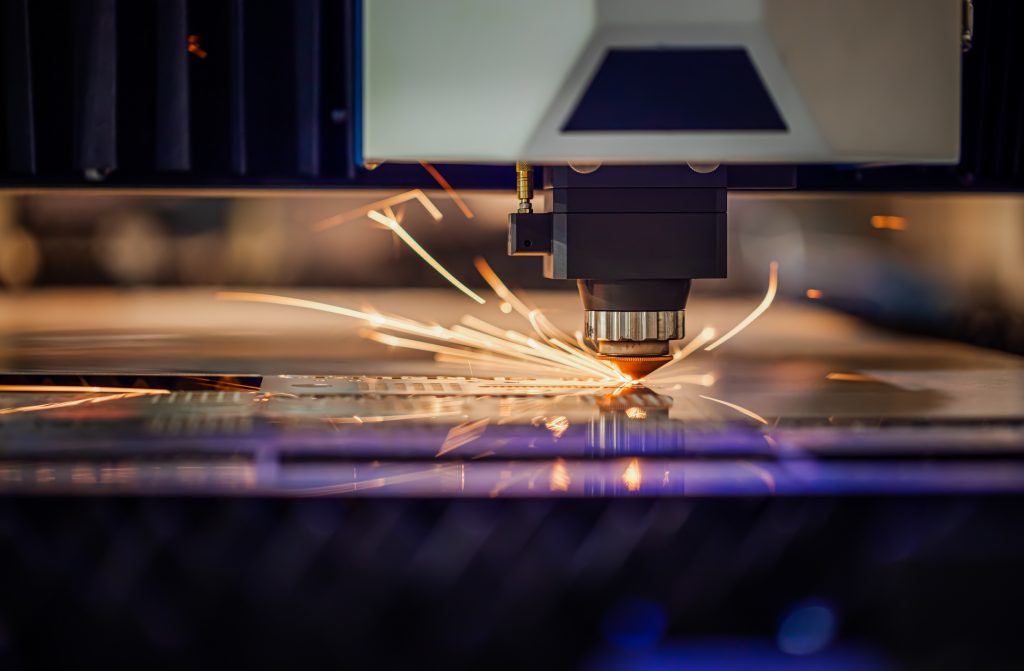 Minas Gerais promotes innovation through various projects to encourage creativity and entrepreneurship. One of these projects is the Trilha Mineira da Inovação (TMI), a strategic initiative to bring together the main institutions of the state. TMI’s main function is to guide its users to find the most adequate solution to their demand at a specific time, connecting them with the various project partners.

Minas Gerais also stands out for having the only Google R&D center in Latin America, the Technology Transfer, and Innovation Coordination – CIIT, in addition to Embraer’s R&D center, Helibras, among others.

Currently, three technology parks are in operation, in Belo Horizonte, Itajubá, and Viçosa, and another three are under construction, in Uberaba, Juiz de Fora, and Lavras. All these parks cooperate with local universities, guaranteeing permanent academic cooperation with the companies based. 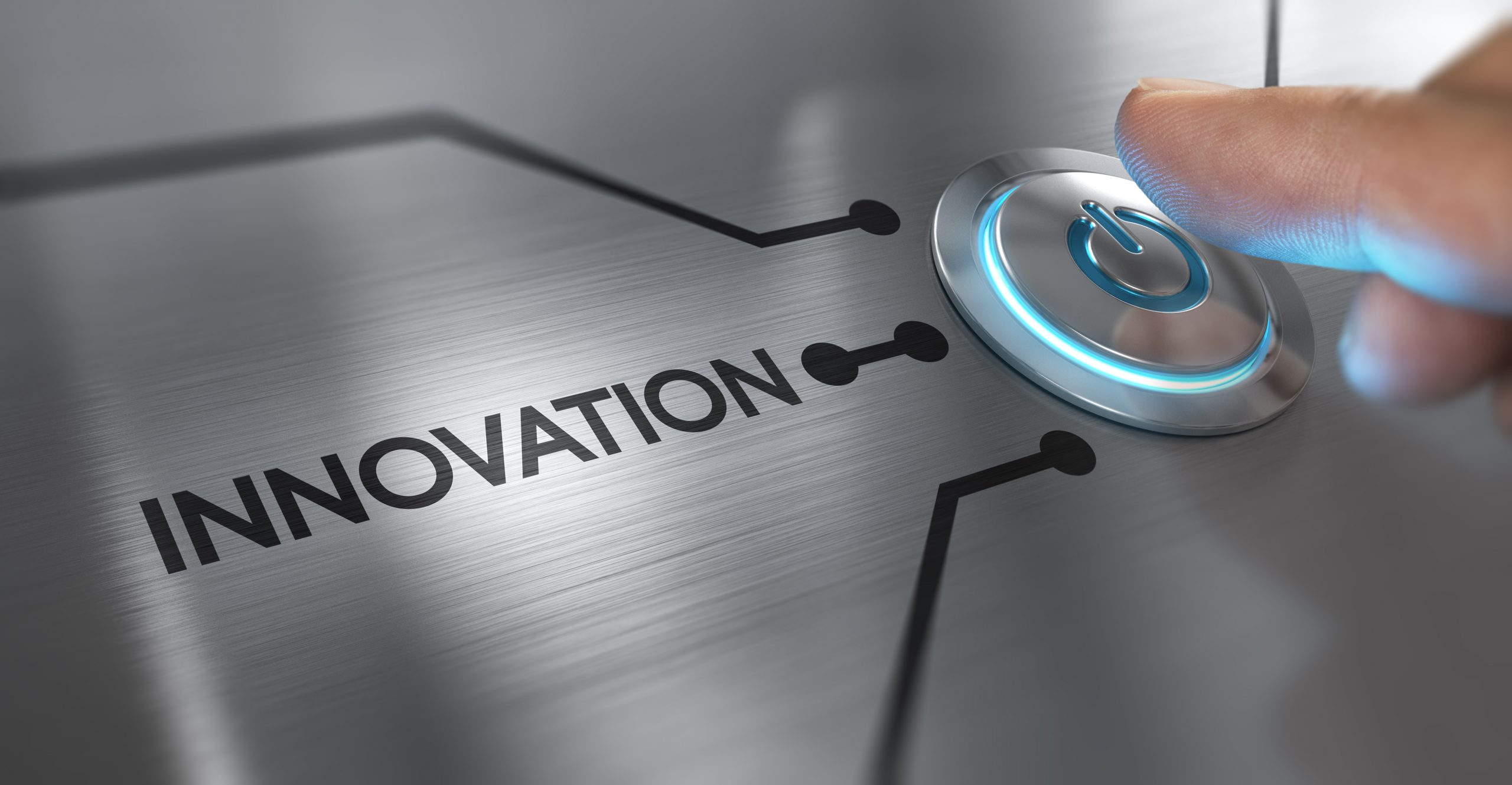 Elected twice as the best startup community in Brazil by the Spark Awards and among the ten most expressive initiatives in the country, the San Pedro Valley is an ecosystem located in the São Pedro neighborhood, in the Center-South region of Belo Horizonte. More than 580 technology-based companies, including accelerators, incubators, shared workspaces, and venture capital companies, make up the group. Sambatech, Hotmart, Méliuz, Rock Content, and Sympla are some of those established in the ecosystem.

The Creative Economy is any type of work, product, content, and service that has human ingenuity as its main element. The Minas Gerais Creative Industry Development Agency conducted a study on the impacts of the creative economy on the state’s economic scenario. The results were 457 thousand formal jobs and about R$ 788 million in monthly income from work, which corresponds to about 10% of the total number of jobs in Minas Gerais.

The creative economy of Minas is made up of more than 63 thousand companies, equivalent to 12% of creative companies in Brazil, most of which are micro and small. Although spread across all regions of the state, creative activities are concentrated in the hubs of Belo Horizonte, Juiz de Fora, Uberlândia, and Contagem.

It is worth mentioning P7 Criativo, a hub of innovation and creative economy that aims to promote businesses that have creativity and innovation as key elements. Its objective is to create an active community of companies and professionals in the areas of audiovisual, fashion, software, design, communication, architecture, games, music, research and development, art, culture, and gastronomy. P7 acts as a facilitator, stimulating the emergence of ideas and synergy between businesses, in addition to connecting investors to collectives, artists, cultural groups, companies of all sizes, creators, associations, and other holders of good ideas in Belo Horizonte. 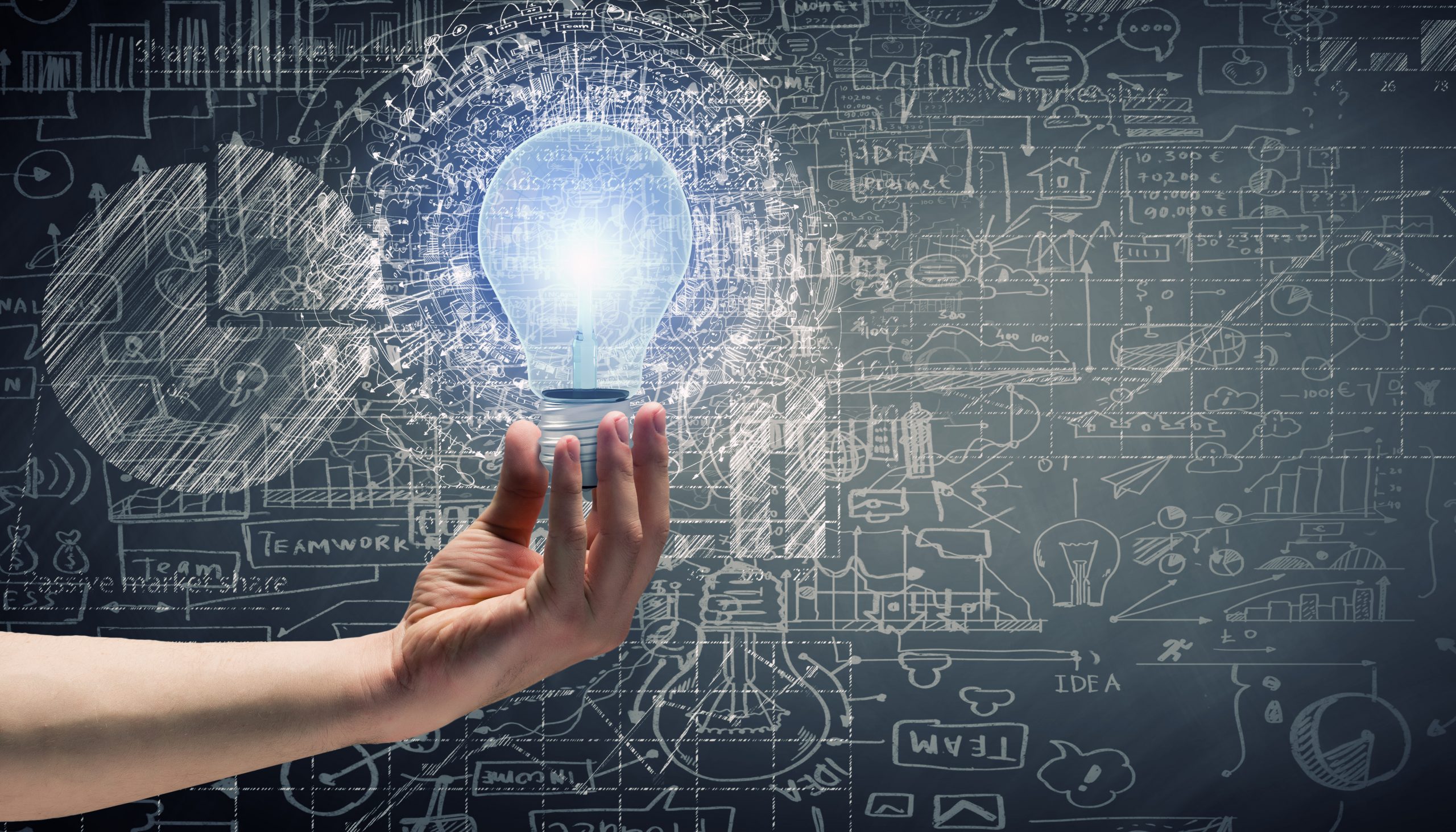 The textile industry in Minas is among the largest in Brazil, employing more than 100,000 people. In 2021, the industry grew by 11.4% and, together with the clothing sector, generated around 8,300 direct jobs, according to data from the Diário do Comércio. Minas Gerais represents the third-largest textile production in the country, behind only São Paulo and Santa Catarina.

The state hosts the largest fashion business event in Latin America, the Minas Trend Preview, which is promoted by the Federation of Industries of the State of Minas Gerais (FIEMG). In two annual editions, the meeting brings together the entire chain of the fashion industry, represented by exhibitors of clothing, footwear, and accessories. 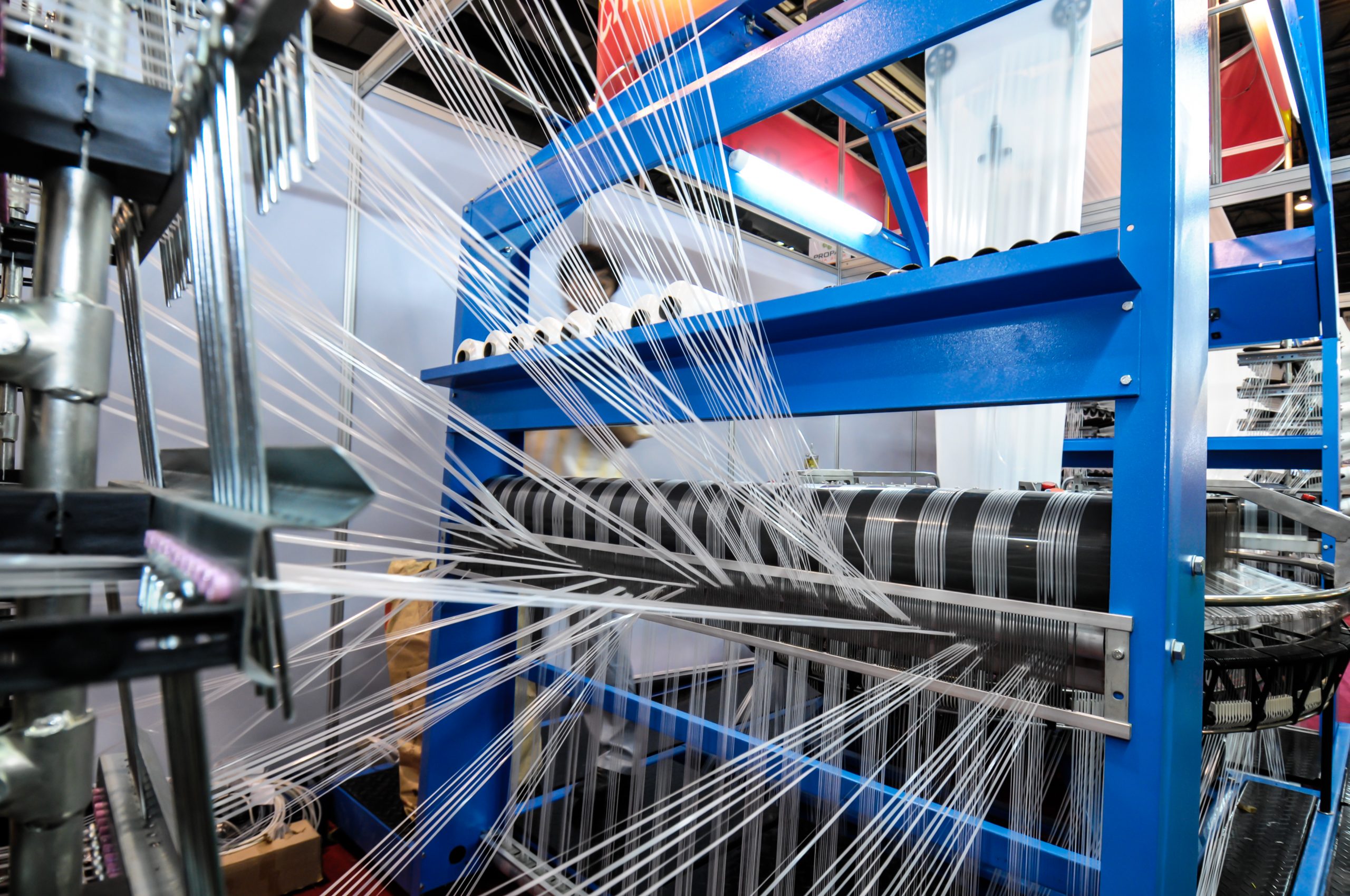 Due to its size and even its geographical location, Minas Gerais has a strategic position in the development and implementation of Information Technology and Telecommunications. The Minas Gerais market has around 5,000 companies with annual revenues of R$2.3 billion and generates around 33,000 direct jobs. Of these companies, 70% are located in the metropolitan region of Belo Horizonte.

In addition, four entities representing the IT sector (Assespro-MG, Fumsoft, SINDIFOR, and Sucesu Minas) joined the federal, state, and municipal governments of Belo Horizonte in support of the MGTI 2022 program. This program aims to place Minas Gerais in national prominence and international in the IT field. The Project is structured to train, generate business, adapt the regulatory system, and create a business center for Technology, Information, and Entrepreneurship (TIE). 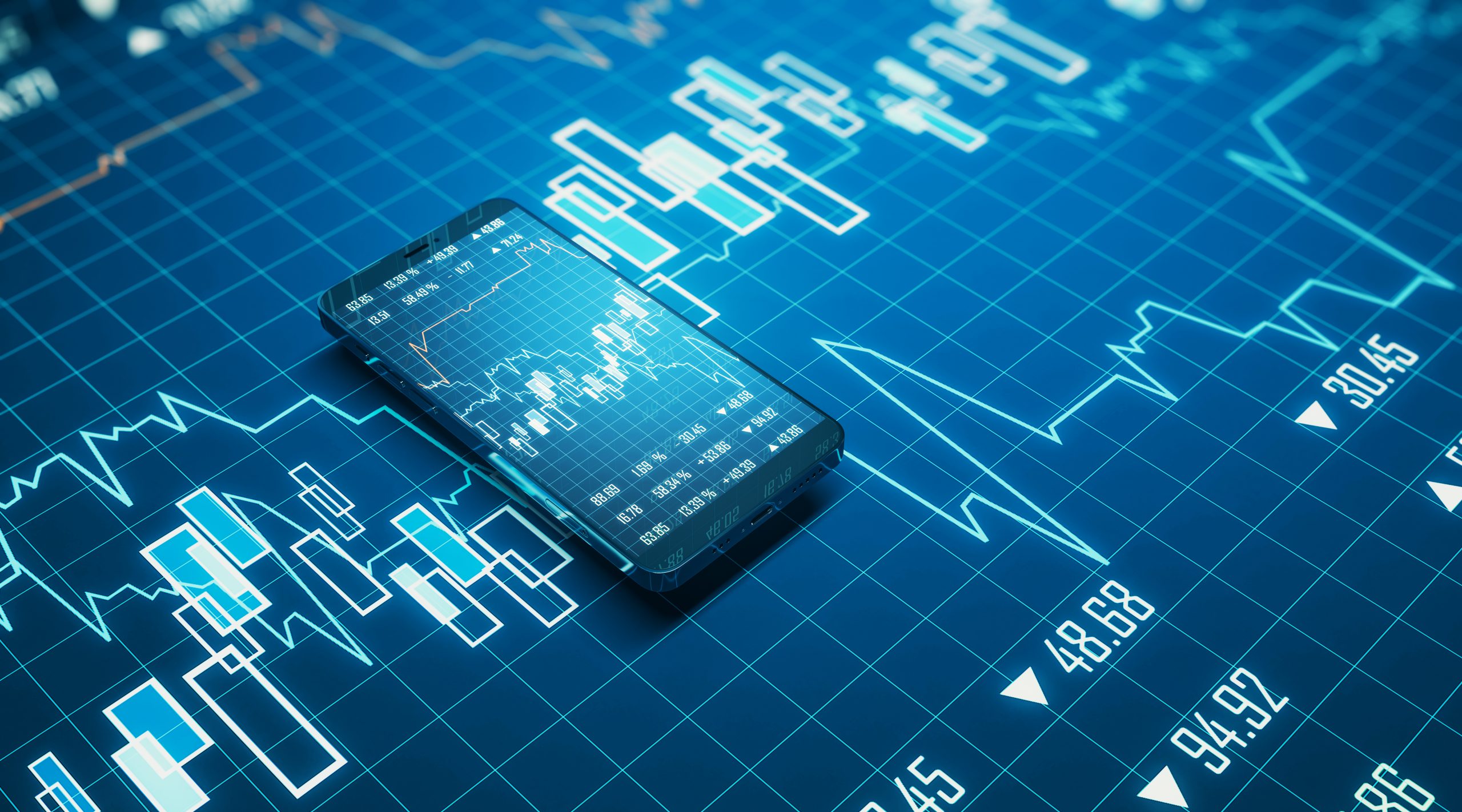 Minas Gerais is proud to present an Electronics Valley, often compared to Silicon Valley, present in California, United States, located in the city of Santa Rita do Sapucaí, a municipality with 43 thousand inhabitants, 387 km from Belo Horizonte. It is the first city in Latin America to have a technical school of electronics and the first faculty of Telecommunications Engineering in Brazil.

Santa Rita currently houses more than 170 small and medium-sized companies in the areas of electronics, industrial automation, telecommunications, software, electromedicine, and others in the engineering area. Thanks to this diversity of companies, a productive chain was formed between government, academia, and companies. The city is home to the APL Eletroeletrônico Sul Mineiro (Local Productive Arrangement), offering products, services, and job opportunities throughout Brazil. 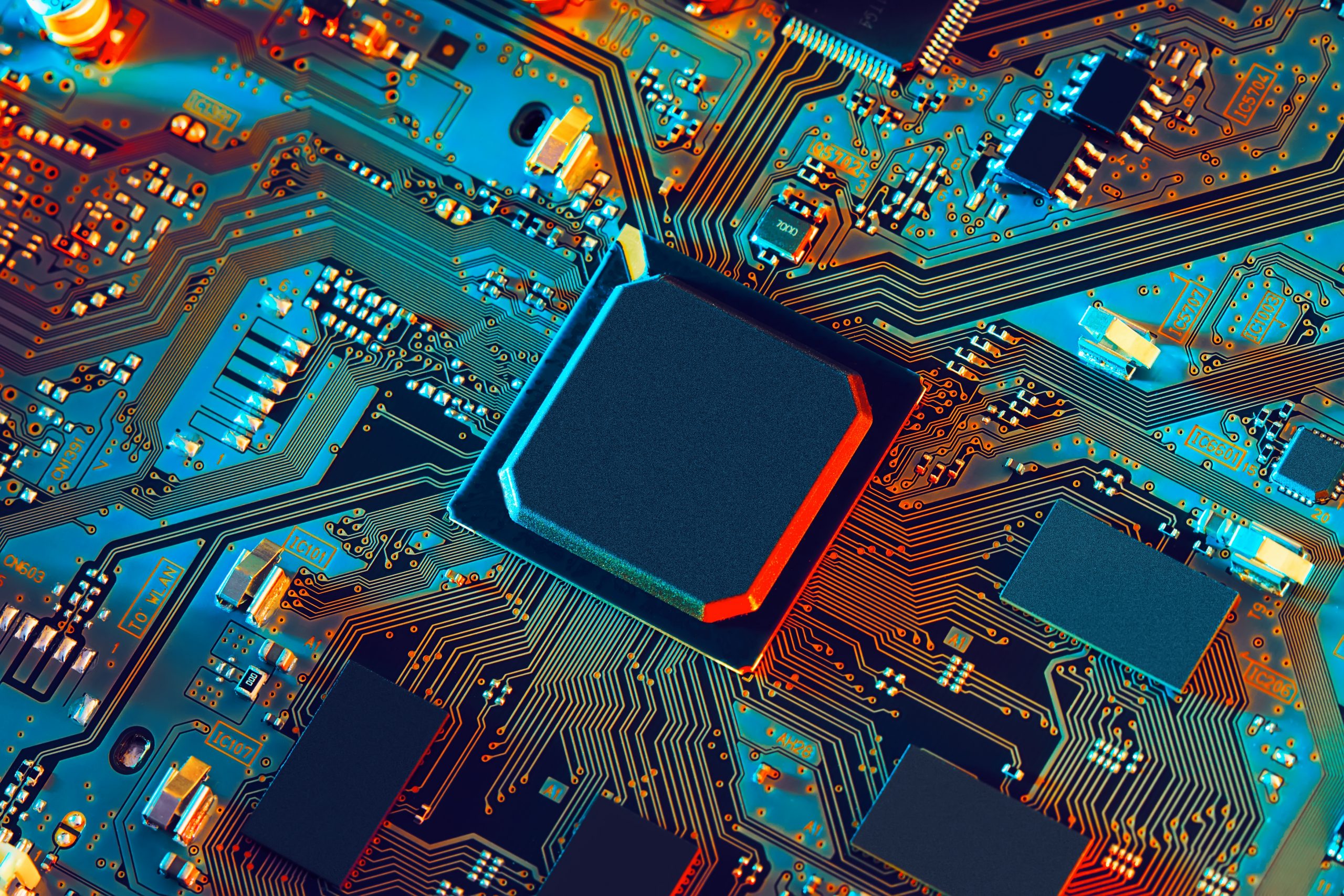 Biotechnology is the application of biological organisms, systems, or processes. Also known as “Life Sciences”, it plays an important role in increasing agricultural productivity, in the areas of health and energy. The State is considered one of the largest centers of Life Sciences in Brazil, with six incubators and three accelerators, highlighting the Scientific and Technological Institutions (‘Instituições Científicas e Tecnológicas’ – ICTs) that are distributed throughout Minas Gerais. It is worth mentioning the city of Belo Horizonte, which has one of the main life sciences clusters in Latin America, composed of more than 300 companies that generate more than 4,000 jobs in the sector.

The following map shows the regions where these institutions are concentrated: 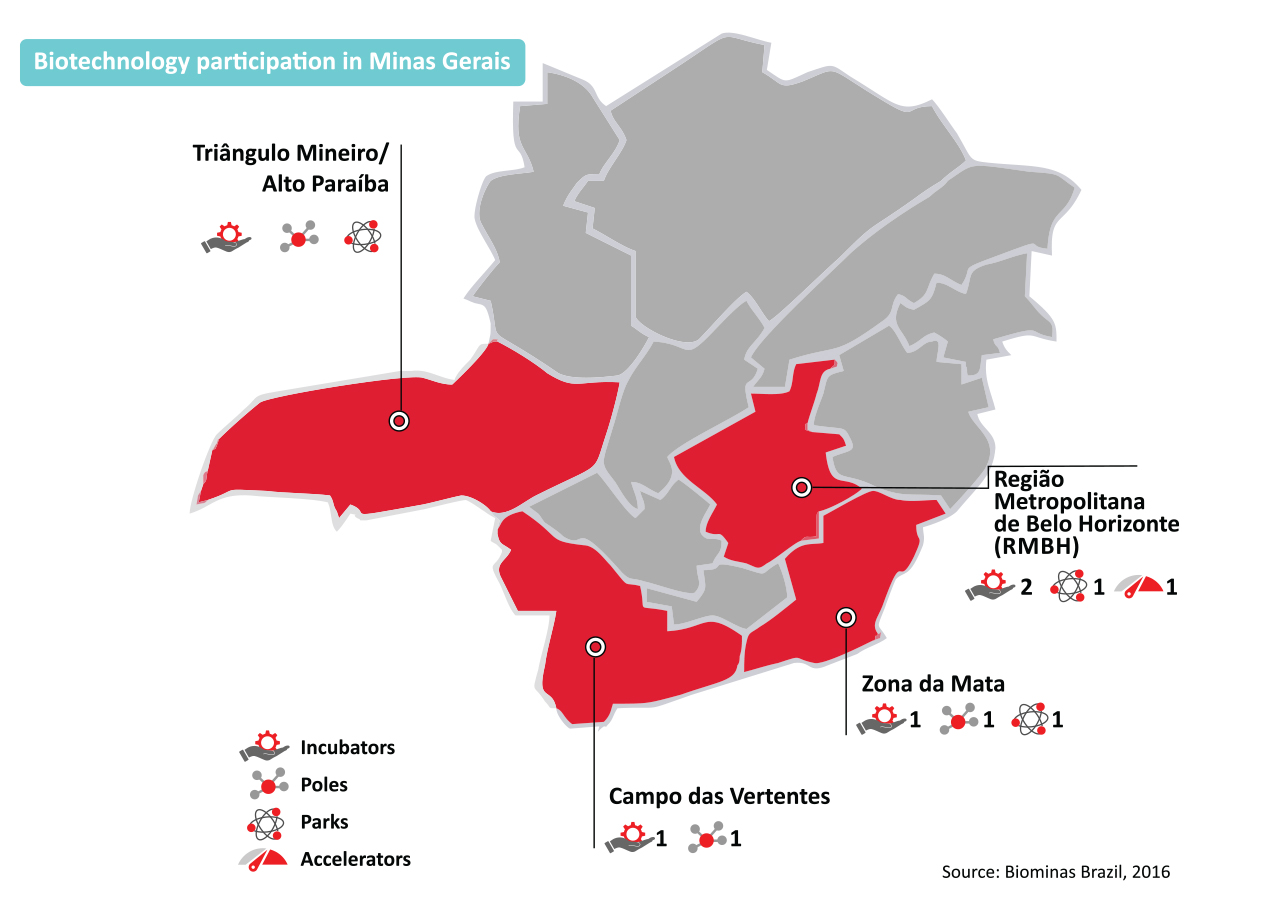 This sector is strategic for Minas Gerais, a target of studies for intensification and viability of opportunities for several economic areas of the state. There are 86 airfields and airports, in addition to three major hubs in the sector, in the Metropolitan Region of Belo Horizonte (MRBH), in Itajubá, and in Santa Rita do Sapucaí, in the south of Minas. Important companies are present in the state: Embraer, with its R&D center in Belo Horizonte; Helibras, the only helicopter manufacturer in Latin America, and GOL, which maintains an advanced maintenance center close to Belo Horizonte International Airport, in Confins. 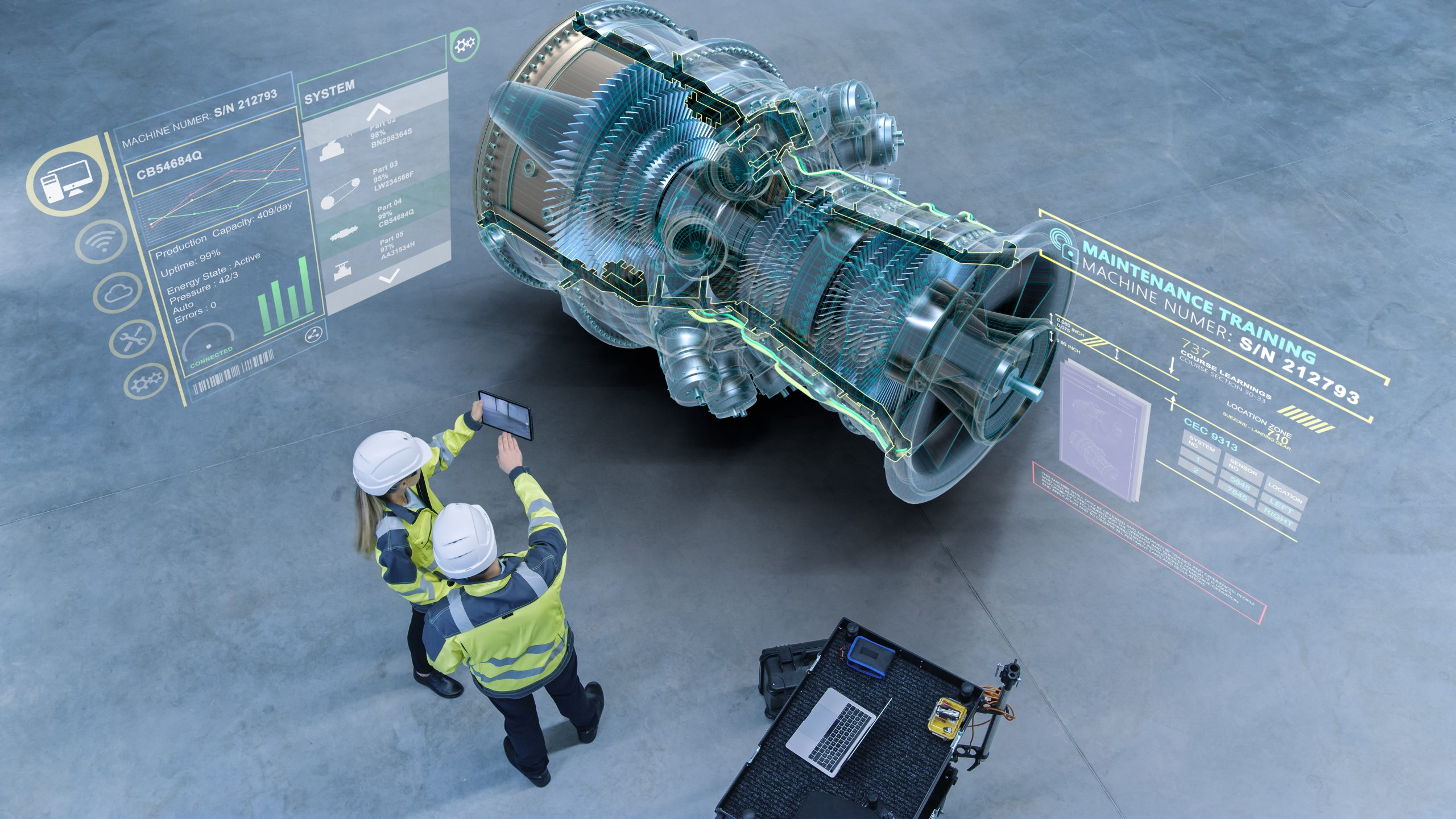 The production of motor vehicles in the state is responsible for about 16% of the jobs generated, in addition to being the fourth largest productive sector in exports in Minas Gerais. It is the second automotive hub in the country, with Stellantis as the main company in the state. Stellantis is the result of the merger between Fiat Chrysler (FCA) and the PSA group, encompassing 20 brands of the two manufacturers, making it the fourth-largest automaker in the world.

The factory’s surroundings, in Betim, in the Metropolitan Region of Belo Horizonte (RMBH), are populated by hundreds of auto parts industries that serve the Italian automaker, installed in Brazil in the mid-1970s. Other important companies installed in Minas Gerais are Mercedes-Benz, installed in Juiz de Fora in 1999, and Iveco, installed in Sete Lagoas in the 2000s.

Minas Gerais gains national prominence as it houses the manufacturing units of the companies GE Transportation, EMD Equipamentos e Serviços Ferroviários (a subsidiary of Caterpillar) for the production of locomotives. The two companies – both American – are the only manufacturers in the country of locomotives for freight trains.

Due to its vast territorial extension, Brazil has several types of geological formations, causing a relevant mineral diversity for the sector. Minas Gerais corresponds to 53% of the country’s iron ore production and 29% of the ores in general, in addition to being the largest extractor of phosphate, gold, zinc, and niobium. In the case of niobium, Minas Gerais produces the equivalent of 75% of what is produced in the world. Several other minerals are produced in the state, such as bauxite, manganese, palladium, silver, dolomite, phyllite, quartz, limestone, lead, feldspar, granite, zirconium, cobalt, sulfur, nickel, barite, and manganese. In 2021, the most exported item in the state was iron ore, corresponding to 48% of the total exported by the state.

The map below shows the distribution of production of some minerals by the state: 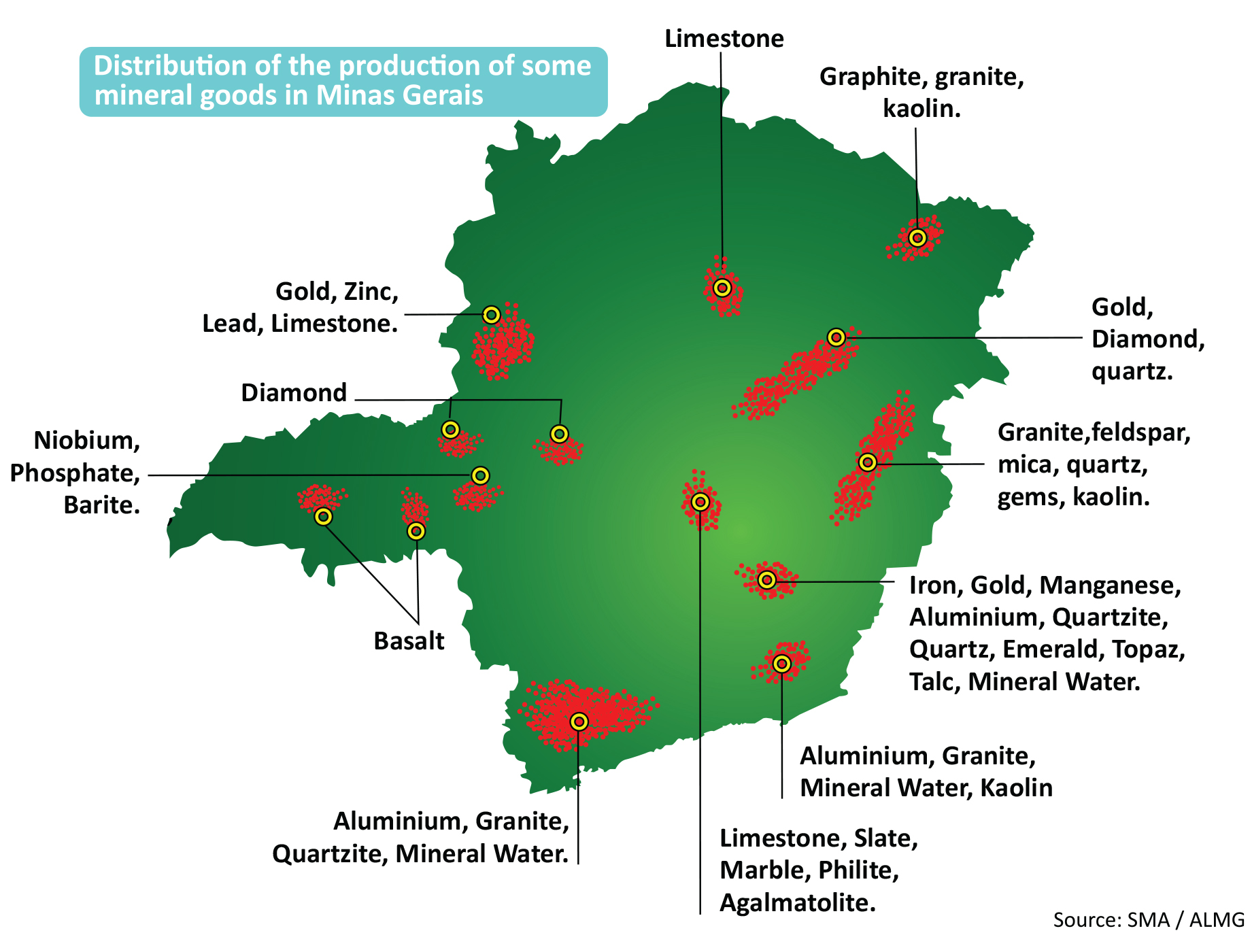 It is a very important sector for the economy of Minas Gerais for generating jobs and being a source of innovation and evolution. Large companies are present in the production chains, developing from raw materials and inputs to real estate for the real estate market and large-scale public works, improving the state’s infrastructure.

This sector is extremely important because, in addition to contributing to the reduction of the Brazilian housing deficit, it helps to move other service chains: financial, commercial, technological, transport, consulting, and training.

Minas Gerais also has a growing number of sustainable constructions that promise not only to benefit the environment but also to promote cost reductions from the construction phase to the project’s life cycle. The LEED (Leadership in Energy and Environmental Design) and AQUA (High Environmental Quality) certifications and adapted Brazilian version of the HQE (Haute Qualité Environnementale), present parameters to be considered in the construction of works with better environmental management.

The Aqua-HQE certification process arrived in Brazil in 2008. It is applied exclusively by the Vanzolini Foundation, which adapted the French process to Brazilian culture, climate, and legislation.

Minas Gerais agribusiness is one of the sectors that stand out internationally in the state, being one of the pillars of exports. Diversity and wealth are the anchors that prevent greater retractions in unfavorable periods internationally, as was the case in recent years. According to data from the Federation of Agriculture and Livestock of the State of Minas Gerais (FAEMG), the sector moved R$ 120.061 billion.

A highlight for Minas Gerais agribusiness has been foreign trade, which in 2021 exported the equivalent of US$ 9.51 billion, up 19.2% compared to 2020, according to FAEMG data. This rise can be blamed on the appreciation in the price of commodities, which were exported to 176 different countries, with China being the main buyer. 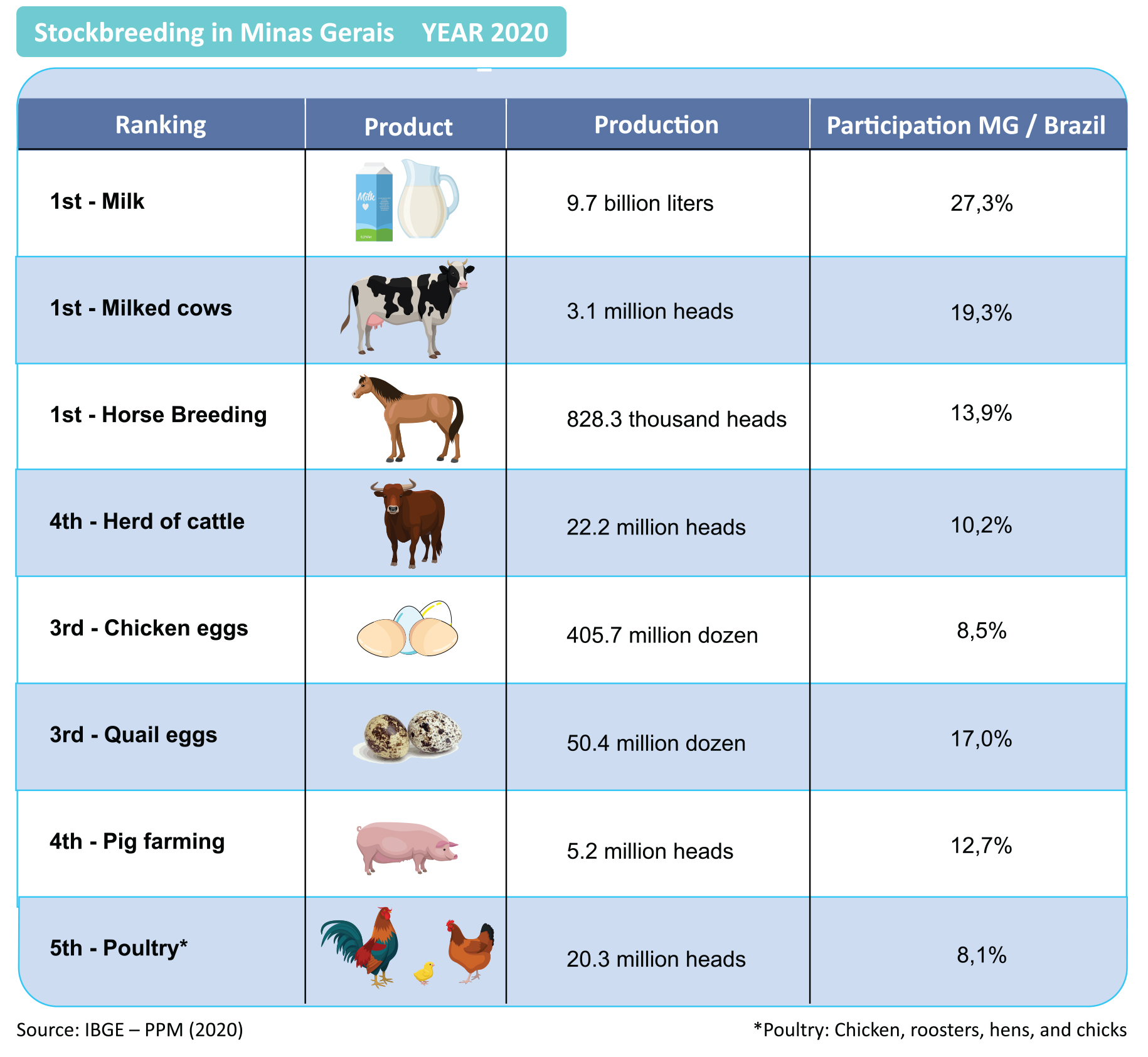 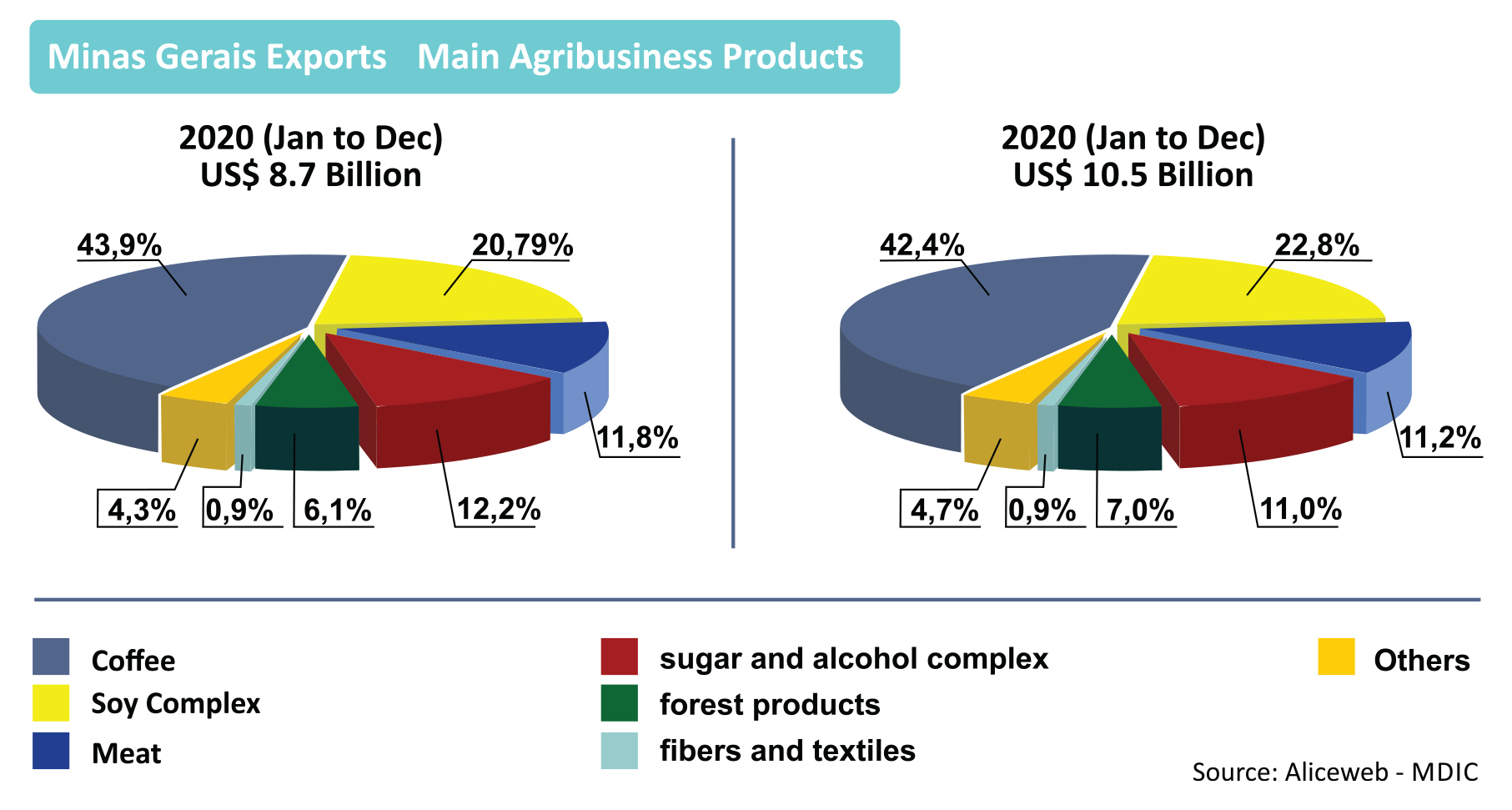 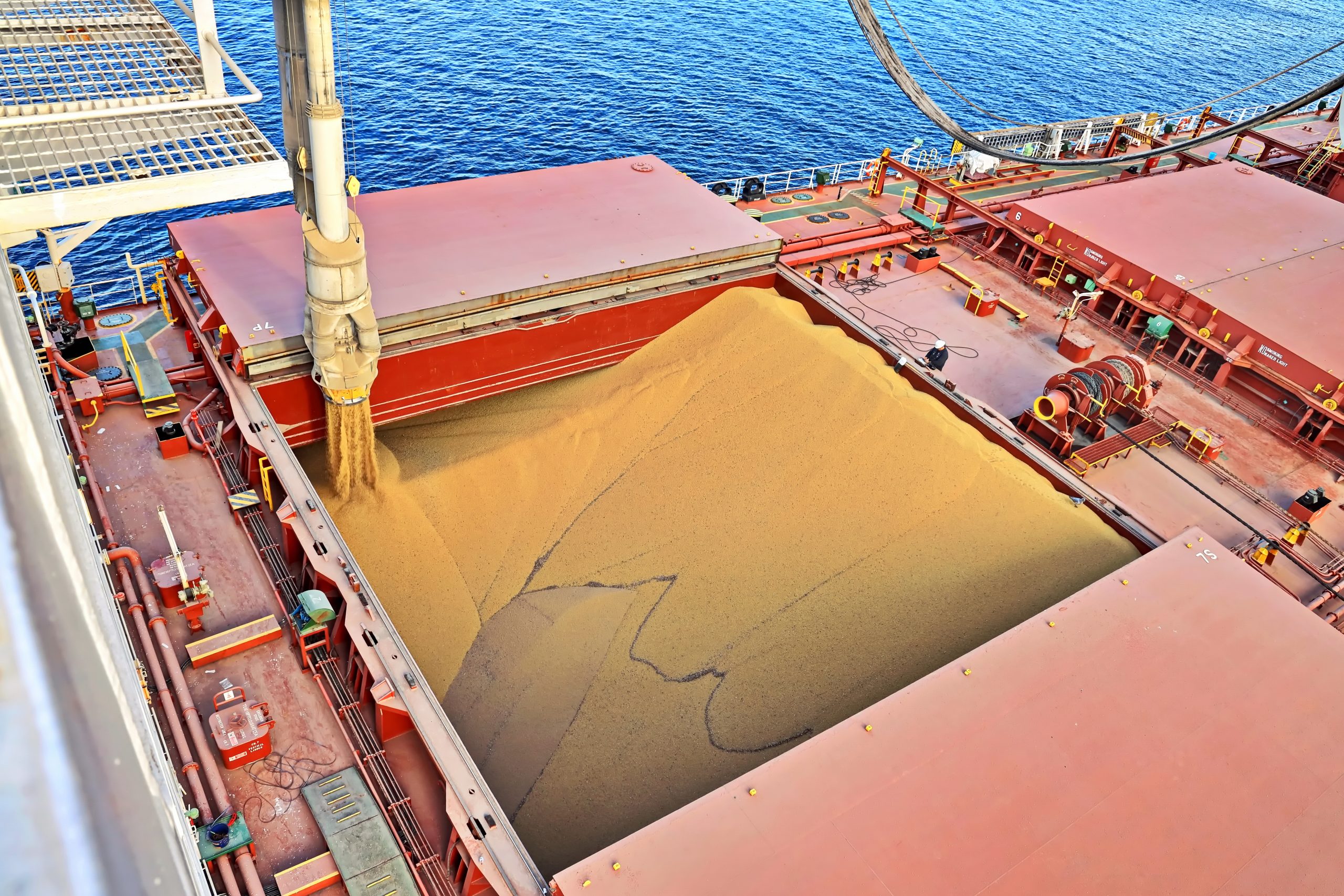 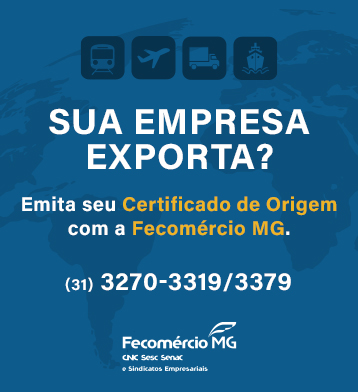 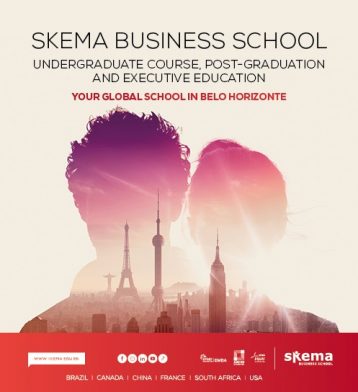 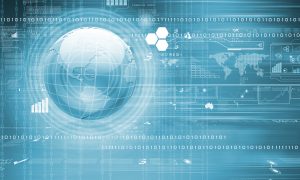 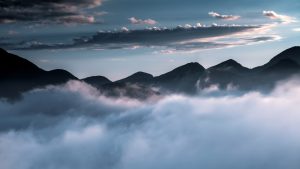 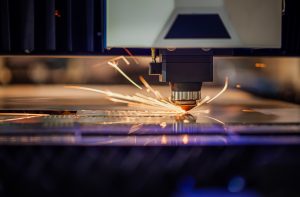 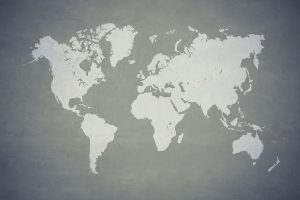 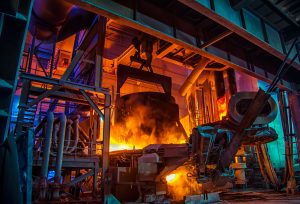